Viv Pike2年之前
With no disrespect to photographer James Kelly - but how does this photo get a Staff Pick? Everything is out of focus. It is an "average", at best.
Report 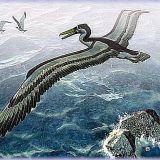 
Since you mentioned STAFF PICKING. Over the past 24 hours or so this has happened.
Now listed as being posted 24 hours ago is a GUlf AIR A9C-FA Boeing 787 and posted 14 hours ago is Cirrus Vision (silhouette) N507SA. In between those two aircraft are 53 photos that had not one STAFF PICK. It is like either the staff member or software that reviews photos jumped from that Gulf Air to the Cirrus and never considered any of the posted photos for STAFF PICKS and from what I see there are plenty of the 53 to choose from. So I'm sure there is a light-duty staff on the weekend but this is a shame for those who earned consideration for a PICK and you're experienced enough with great photos and comments to understand strange things go on with picking photos. Anyway, that photo above could have been a great shot as you said if it were focused better. The aircraft isn't that bad but we're not picking we're only voting and commenting. Take care......
Report

i hear you, and I empathise.
Considering the above pic, althjough the aircraft is not "that bad" (could be better), the framing puts it off. There is way too much "outside" the aircraft that is NOT in focus, which is distracting. Had the pic been cropped to include much more aircraft, and much less blurred surrounds - then maybe. But for me, it's not a good pic, let alone a so called "Staff Pick". 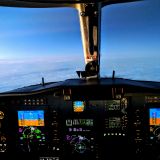 Just saw all these comments, and to start with, yes it is certainly not even close to my best pic! Haha. The aircraft is in focus, but it is suffering from motion blur... This photo is actually much more detailed than what you could see, as it was quite dark. I just reviewed the exif data, and it was taken at 1/60 of a second at ISO 4000, way out at 600mm.

The framing is of course to get the city of Calgary downtown, and give the perspective of the surroundings. As I am a pilot first and an amateur photog, I always try to capture the emotion of flying, and not so much the aircraft itself. As an ISO 4000 shot is much too grainy to make out any significant detail, I instead try to capture the magic of the morning. There are much better lit situations and pictures to do that, and quite frankly for me they are quite boring after a while... I would say this picture only works at a low size/thumbnail because of the motion blur, but it does for me somewhat capture the feeling of landing in a city at night. Staff pick? I appreciate it, but I wouldn't have picked it myself, thats for sure! If only one person enjoys my photo though, for me, it was worth posting...

Thanks for the info. After reading your reply, I reduced the size to "medium", and yes, it does look good. My initial comments were not aimed at you, or this particular photo, but more at the way FA selects so called "Staff Picks". I have come to realise that those "Staff Picks" are automated and done by software, which just randomly tags a photo as a "Staff Pick". 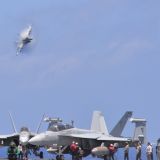 Joan Williams2年之前
TO EVERYONE:
I think it is a beautiful photo! Just because it is not crystal clear does not mean it is a bad photo. Good photos come in all different shapes in sizes.

Although I am still green when it comes to aviation photography I can see it can be boring when you take the same clear shot every time. Different photos are what makes it fun.
Report

I like the photo and wish there were more composed that way. There is simply scenery in the background that would be cool to see. Aircraft do not have to be in our face and it is sometimes just boring. Been saying all along that the Staff Picks are software generated based on visual algorithms established over the years. They probably had to draw straws to see who has to sit down and look at photo after photo after photo and hope they please everyone deserving of a pick. so now it is out of there hands. If this process is true it is certainly not perfect. If I'm wrong Staff can e-mail me. Again cool shot of the city of Calgary. Get more!
Report

James KellyPhoto Uploader2年之前
Thanks for the comments everyone, glad to know others enjoy the composition! For Viv Pike, I understand exactly what you are saying, and I had the same questions myself with other staff pics, no offence at all taken!

I very much appreciate the encouragement and will continue trying to capture the magic of flying as much as I'm able to! Merry Christmas everyone.
Report