Return to Browse Photos
Upload Your Photos
Share This

Submitted about a year ago 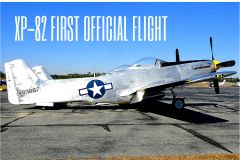 Tom Glassabout a year ago
Great shot. All alone in the grass.
Report

Mark Harrisabout a year ago
If I'm not mistaken I believe this aircraft is the subject of an upcoming episode of 'Plane Resurrection'.
Report

Alan Humeabout a year ago
And it's a C-47 Skytrain, not a DC-3. Note the astrodome behind the cockpit and the recessed tail cone to accommodate the towing mechanism for gliders. They also have a cargo door, hoist attachment, and strengthened floor, but otherwise are identical to the venerable DC-3.
Report 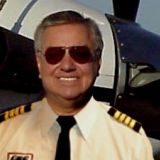 bob reidabout a year ago
Umm, a little confused on the N Number, I owned this aircraft for 6 years, It was N88874, Did the CAF change the number? N47TB is a Thunderbolt ( or was?) anybody know for sure?
Report

George Hallabout a year ago
C-47 was a real war hero in WW11. Part of D- Day in Europe. Paratrooper drop over France.
Report

Ely Tandeterabout a year ago
If I am not mistaken, correct military name would be C-47. DC-3 is the civilian version.
Report

Anthony Holdingabout a year ago
A very atmospheric photo could be any moment though time, Excellent photo
Report

Yes the CAF changed the registration during the restoration to N47TB.

For all the commenters about DC-3 versus C-47. The ICAO aircraft code, recognized by Flightaware, is DC3 for both types. There is not a separate code for C-47.
Report

a mentorabout a year ago
Ouch; the inaccuracy of the ICAO and blind following by FA speaks volumes on what is important to whom; What a waste of a large resourse!
Report

jliltdabout a year ago
I rode in this plane at Sun-N-Fun 2019 right before it went across the pond to participate in the D-Day anniversary reenactment. This restoration is fantastic. The flight was great but what really caught my attention was a detailed examination of the airframe and systems. This bird is like a brand new airplane. No "aging aircraft" issues here. The CAF pulled out all the stops. The wire harnesses are a think of beauty and obviously done by a very organized detailed crew. By the book with real wax string wire ties and each wire organized along the length of the run and terminated perfectly with service loops and esthetically pleasing. The wiring alone is a work of art.
Report 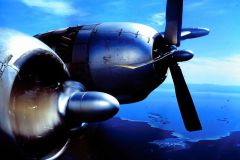 Alan BigSkyabout a year ago
Love this photo. Brings back memories of 1969. Had 500+ hours in 9 months as a loadmaster dropping illumination flares, propaganda leaflets and broadcast speaker missions over III and IV Corps Vietnam. Had a couple of AC47 "Spooky" missions as well. Interesting time. Excellent and trustworthy aircraft to be associated with.
Report

The C-47 differed from the civilian DC-3 in numerous modifications, including being fitted with a cargo door, hoist attachment, and strengthened floor, along with a shortened tail cone for glider-towing shackles, and an astrodome in the cabin roof.

During World War II, the armed forces of many countries used the C-47 and modified DC-3s for the transport of troops, cargo, and wounded. The U.S. naval designation was R4D. More than 10,000 aircraft were produced in Long Beach and Santa Monica, California and Oklahoma City, Oklahoma. Between March 1943 and August 1945, the Oklahoma City plant produced 5,354 C-47s.

a mentorabout a year ago
@david sims: "The ICAO aircraft code, recognized by Flightaware, is DC3 for both types. There is not a separate code for C-47"

The C-47 flew in 1941 which predates the ICAO. All type codes prior to April 1947 (icao founded) are manual entries and guess work.
Report

a mentorabout a year ago
@David Sims: it may shock you that there are members here that PREDATE even the ICAO :-)
Report