Now, Even the Cheap Seats on Airplanes Come With a Fee

提交時間：8年之前
An airline ticket gets you a seat on a plane. But which seat, now that's a different story. Gary Zeune, a white-collar crime expert from Powell, Ohio, went online to check in for his Frontier Airlines flight from Denver to Dayton. The only seats available were middle seats in the back of the plane. Unhappy with the options, he decided to pay $25 extra for a "Stretch" seat with extra legroom. (See 1st Comment for full WSJ story as it is a paid for subscription.) (online.wsj.com) 更多...

Shawn S. Sullivan 8年之前 0
An airline ticket gets you a seat on a plane. But which seat, now that's a different story.

Gary Zeune, a white-collar crime expert from Powell, Ohio, went online to check in for his Frontier Airlines flight from Denver to Dayton. The only seats available were middle seats in the back of the plane. Unhappy with the options, he decided to pay $25 extra for a "Stretch" seat with extra legroom.


Airline travelers are finding that if they want to reserve seats in advance - good protection against getting bumped and necessary if you want to sit with spouses and children - they have to pay extra fees. Scott McCartney explains on The News Hub.

When he boarded the plane, he found several empty rows behind the Stretch seats. Window and aisle seats he would have happily sat in were empty. Frontier blocked them when he checked online because he was on a low-fare ticket.

"They are lying to you and making it look like there are no seats," said Mr. Zeune. "I'm not going to complain about the $25 itself. It's the manipulation."

Seat fees are the latest iteration of the airline industry's new normal. Carriers are blocking more seats from advance-seat selection, especially for low-fare passengers. More crowded planes also make it tougher to get a desirable seat. As a result, more travelers are feeling pressured to pay a fee and reserve a seat rather settle for an assigned one—which could be a middle seat or not located next to their family members. Worse, those without assigned seats stand a higher chance of getting bumped from a flight.


On some Frontier flights, one-third of all seats require extra fees or higher fares to reserve in advance. AMR Corp.'s American Airlines, which recently increased the number of seats it reserves as "preferred" seats requiring a fee or elite status, says a "majority" of its seats are still available unblocked. Delta Air Lines has been studying a preferred-seat fee plan, and an announcement is likely before the end of the year, industry officials said. Also coming next year, United Airlines will drop a perk that lets the lowest level of elite frequent fliers reserve Economy Plus extra-room seats in advance.

For its part, Frontier says it won't force passengers to buy Stretch seats if aisle or window seats are open. But since seats can be blocked right up to boarding time in some circumstances, it's difficult to tell which seats are taken and which seats are merely blocked.

Overall, airlines look at seat fees as another way to generate revenue in low-margin industry. These days, checked baggage, meals, early boarding and flight changes on standby all come at a price. Fees from checked baggage and reservation changes made up 4% of airline operating revenue, but 62% of operating profit in the second quarter this year, according to the Bureau of Transportation Statistics.

Earlier this week, American's Flight 871 from Boston to Miami had 27 open seats, but 21 were classified as "Preferred" seats requiring extra payment ranging from $4 to $39. Want a seat without paying extra? There were five middle seats and one window from which to choose.

Similarly, US Airways Flight 1632 on the Sunday after Thanksgiving recently had 10 seats remaining for customers—all classified as "Choice" seats, which require a fee ranging from $5 to $99.

Law professor Steve Eagle, a longtime Premier frequent flier at United, says reserving Economy Plus seats in advance was "probably the only meaningful benefit to someone like me." On most flights, his status is too low to get a first-class upgrade. Economy Plus almost always sells out, except for middle seats.

"They are taking something that is central to a long-term relationship and ditching that to get a few extra bucks from someone else," Mr. Eagle said.

A spokesman for United, a unit of United Continental Holdings Inc., said the change is being made to "ensure that higher-level elites, who tend to book closer to departure, will have a wider choice of Economy Plus seats." He added that with five years of sales data on Economy Plus seating, the airline is confident Premier Silver members will still get Economy Plus access, with window and aisle seats available.

American said it recently expanded its "preferred seat" program, adding more seats. The airline blocks seats for full-fare and elite-level customers, then opens them up for sale 24 hours before a flight.

The preferred-seat offer has been popular with customers without seat assignments or who have assigned seats in the back of the plane or middle seats because other seats were blocked, said Eduardo Marcos, American's director of merchandising strategy. "At time of check-in, they see a better seat" and pay the fee, he said.

The airline does have an automated process that assigns seats for families traveling on the same reservation 72 hours in advance, increasing the odds they will get to sit together.

Alaska Airlines, which doesn't charge fees for advance seat assignments, said it recently reduced the number of seats it blocks for elite-level customers.

A study the airline did late last year compared seat allocation with the actual levels of elite-level customers flying, resulting in changes this year. Flights without a high level of frequent-flier concentration, typically to Hawaii, Mexico and other vacation destinations, were "opened up," with more seats available for advance seat assignments, including unblocking seats in the front of the cabin for families with children.

But that bucks the trend. British Airways, which used to assign seats for most customers at check-in, started selling advance seat assignments two years ago and says the option has become popular with customers. The fees apply to any seat—even expensive business class seats.

Steve Sprinkle was shocked to learn that, after buying business-class seats from San Francisco to Paris with credit-card points, he couldn't reserve seats together with his wife unless he paid an extra $120 per person each way. He paid, but felt cheated. When comparing prices for the trip, he didn't factor in the seat assignment fee, making the British Airways seats more expensive than Air France, which was another option.

"Who knows who I'd end up sleeping next to," said Mr. Sprinkle. "Something is wrong here. We already paid for our tickets."

A spokeswoman for British Airways said the seat-assignment fee gives people more control over their seating choices. Without paying the fee, customers can still get seat assignments 24 hours before departure, and families traveling with children up to age 11 can get seats 72 hours before departure.
回覆 ↓•永久連接•Report

Robert Page 8年之前 0
I am sure he copied it since wsj.com requires a paid subscription to read the full article.
回覆 ↓•永久連接•Parent•Report 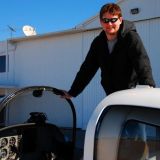 Mark Duell 8年之前 0
There were no seats for advance assignment with his super-low fare... he was welcome to not pay the fee.
回覆 ↓•永久連接•Report

Ray Zimmermann 8年之前 0
Another reason I fly Southwest if at all possible. Yeah, they kind of do something like this with their Early Bird fee, but it's less egregious than what the other airlines are doing.
回覆 ↓•永久連接•Report 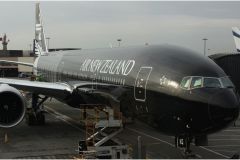 justin gemmell 8年之前 0
Jetstar Airways in New Zealand operate on the same plan. Recently I booked a early bird economy return flight from CHC to AKL on line.To secure a seat will cost me anywhere from $5 to $25 for a window seat depending on where I want to sit.
回覆 ↓•永久連接•Parent•Report