F Minook 3 years ago 4
The article leaves out critical information. The IC stated that 16 of the 22 inspectors were not qualified on the 737 Max. We have to assume that 6 were qualified. Those 6 would have to follow the development of the 737 Max from the beginning to actual flying the aircraft and putting it through the stress testing phase. Inspectors are assigned to an aircraft based on experience just like any industry. I was hired by many companies based on my experience and knowledge. I do not see why the FAA is any different. The complaint infers that inspectors that were not qualified on the 737 Max were making decisions on the aircraft.
Reply ↓•Permalink•Report 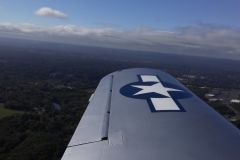 Jim Welch 3 years ago 2
With too many issues to list lately, it’s become painfully obvious that Boeing can’t be relied upon to “police itself”, & deliver a safe, quality product.
From attempting to hide FOD & tools in tanker wings, and burying over 200 red flags about the AOA sensors, anyone can see that their one goal is to ramrod their aircraft from manufacture to ramp as fast as humanly possible. At all costs.
Almost every pilot I know flys commercial by day, and the anger & frustration felt about Boeing is so thick in the industry right now, you can cut it with a knife.
The solution, according The the best pilots I’ve ever known, is eliminate ALL in-house inspectors that are employed by the companies they are expected to “oversee”, and beef up the FAA inspectors to a level that can safely carry out proper oversight.
Reply ↓•Permalink•Report

Len Peixoto 3 years ago 0
When there is this much negative media, specifically regarding the MAX, something doesn't jive here. Someone or something is destroying a brilliant aircraft via endless, frequent, negative press, with every reason under the sun the keep the MAX on the ground. I'm just not buying it. At one point it was talk of heavy engines, too far forward, thus, of course changing the AOA, but now it's the NEO that needs the back row of seats removed, not the MAX. I'd hop a Lion MAX tomorrow if I could, without blinking. And yes, I say that, living down there mot of the year. As to the other quality issues in the past couple years with other models, no argument there. Although I've got to say, I just got off UA 789 SIN-SFO a couple weeks ago, and it was a spectacular flight, which for 15 hours is saying a lot.
Reply ↓•Permalink•Parent•Report

Robert Cowling 3 years ago 9
AND the Trump administration wants the meat packing industry to inspect their own processing plants, and the meat and meat products they sell.

Imagine a 'meat inspector', non-union of course, with the entire company weighing on their future employment.

There are regulations about slaughtering 'downer cows', and yet inspectors have caught meat processors attempting to 'sneak' them into the process. Downer cows are too sick to stand, and might actually be too sick, or diseased for human consumption.

So, it's not just airplanes, but our FOOD that could kill hundreds, to possibly thousands of people.

Tired of winning? Boeing won, and got spanked. A government that could think that Boeing could be trusted, certainly does NOT have my trust as to who is trustworthy. What's next? Pharmaceutical companies inspecting their own drugs? Pet food companies inspecting their own output. We were down that dark road before, and how many hundreds, thousands, of pets died horrible deaths.

Len Peixoto 3 years ago 1
I get your point, loud and clear, but where I disagree completely is that you've bought into the illusion that governments, in general, actually so what's right for you, and not what lines their own pockets as their propaganda turns otherwise intelligent people into controlled lemmings. Past U.S president's over regulation in every aspect of human life in America is what utterly destroyed our manufacturing, sent jobs packing to everywhere else in the known world, and even left U.S airports far behind their foreign counterparts. I see the problems that your analogies are emphasizing, but please don't be fooled that "change" in government and more and more, endless regulation is the answer. It's been the greatest downfall of American business. Even you attempt at inserting big pharma tells me that you might not realizing that they's virtually owned politicians and governments for decades, and they already DO inspect their own drugs. All the government does is make you believe you're getting safety in exchange for your privacy and your rights. Free markets regulate themselves better than any government, and when corporations are big enough, those corporations own the governments anyway. The MAX is meant to be soaring at four zero thousand, but propaganda is keeping them parked at this point, and corruption has already installed fear to into the average traveler. It was in intentional take down (of the MAX project as a whole) that keeps those capable and amazing birds, sadly on the ground. The MAX will be performing at unmatched efficiency in (un)due time, while NEO customers take their own budget hit over time, from lost seats.
Reply ↓•Permalink•Parent•Report

btweston 3 years ago -3
Nothing you have written makes any sense.
Reply ↓•Permalink•Parent•Report

Tommy Boy 3 years ago 3
It makes perfect sense. It's DEREGULATION, corporate self-policing, and privatization of government oversight. - the drum that the government has been beating for a couple decades. For some unproven, overly simplified, nonsensical reason, our government thinks corporate America has our best interests at heart when the fact is, they are deep into the politician's pockets. In industry after industry, we've seen these policies fail dramatically again and again.
Reply ↓•Permalink•Parent•Report

Richard Orgill 3 years ago -4
Now we are printing "allegedly." Just the facts, as Jack used to say.
Reply ↓•Permalink•Report

btweston 3 years ago 2
So the office of special counsel is just making things up.

Robert Cowling 3 years ago 2
They don't mind dying in a plane crash for Boeing's profits? I do.
Reply ↓•Permalink•Parent•Report

Len Peixoto 3 years ago -3
Yeah, I've about had it with this seemingly intentional, negative media, propaganda campaign around the MAX. They've tried to blame everything under the sun, with article after article, even from the MSM, popping up on my phone numerous times per week. Remember the big deal about heavy, forward engines? Yet now it is the NEO that needs that back row of seats removed, NOT the MAX. It's sad to see that photo of the beautiful birds on the ground, when they crave to be soaring above the clouds. Even more sad when I pass DPS often and see the one, lonely MAX8 parked on the east field. Something doesn't jive here. The real story here, whatever it may be, has a corrupt element that we may never know. I'll hop on a MAX flight today, so Boeing, you've got a guinea pig. Hell, I don't care if it's Lion's newest pilot.
Reply ↓•Permalink•Parent•Report

Steve Dietrich 3 years ago 4
The simple answer is that the airplanes went out the door, signed off as airworthy when they were not. Much of this is a reflection of the change in focus at Boeing from building great airplanes to meeting the expectations of Wall Street.

It's not just the 737 Max , the AF tanker is far behind schedule and problem plagued after being delayed almost twenty years ago by criminal behavior by both Boeing and the DOD senior civilian acquisitions manager.
Reply ↓•Permalink•Parent•Report