提交時間：5年之前
In the latest US3/ME3 spat, Delta Air Lines released a 15-minute long documentary-style video regarding the unfairness of government subsidies to the Middle East's three largest airlines from their respective countries. Delta is urging their employees to watch the video, share it with friends and family, and join the US3 in asking the U.S. government to take action. (news.delta.com) 更多...

Ric Wernicke 5年之前 5
The most disgusting aspect of this is that Middle East governments are using money they fleeced from Americans through the OPEC cartel. They now are attempting to establish another cartel to fleece the world for air transportation. It is true that they have the European flag carriers of AF, LF, and KLM on the ropes by using the camel's nose under the tent technique to invade their markets.

The first order of business for Pres. Trump is to enforce the open skies treaty calling their subsidies what they are, and giving them the boot.

One thing has me very worried. The growth of the Gulf carriers has been so rapid it has far exceeded the ability of flight schools to deliver qualified pilots to airlines, not to mention the time in the air necessary to competently fly the Jumbo's and Super's these carriers prefer to use.

Delta needs to step up their game to compete internationally. Right now they think three stops to get to Europe is acceptable with a 30 hour duration for what would be a 12 hour nonstop. They need to buy more 787's for nonstop service to world capitals from major US cities. They need to step up the on board service and the terminal experience.
回覆 ↓•永久連接•Report

Jim DeTour 5年之前 2
Latin America and Canada have more oil bought from them. The reason OPEC shows as a big importer is Venezuela and Ecuador are members of OPEC and Venezuela has the largest oil reserves. Oil purchased and shipped is converted into tradable stocks passed around in a circle between select few with price always going up. In the end we get gouged. Arab countries would give lashes for playing that game in the stock market with oil. https://www.eia.gov/tools/faqs/faq.php?id=727&t=6

The one hard thing to beat competing with Qatar Airlines is Qatar makes their own fuel that burns less per flight. I recall US airlines complaining about that and wanting to force the middle east airlines into landing with less fuel so they would lose money. Strange world with corporate gripers out there.
回覆 ↓•永久連接•上層•Report

Michael Groszek 5年之前 1
If you look at the job postings for these airlines you'll see that they hire experienced crew and pay very well. They don't need to train from scratch in a hurry.
回覆 ↓•永久連接•上層•Report

Jim DeTour 5年之前 3
Our railroads get government money. The link is Amtrak alone who gets over a billion yes over a billion in 2016 and rising every year. https://www.fra.dot.gov/Page/P0249

Airlines haggling for government payouts or tax breaks on profits is what I see.
回覆 ↓•永久連接•Report

s2v8377 5年之前 2
You can't compare the airlines to Amtrak. Amtrak isn't operating into foreign countries taking work away from their citizens.

Amtrak is also a public service operating many routes that other than in the Northeast could never make money if they weren't subsidized. The types of infrastructure Amtrak must maintain are also very different.
回覆 ↓•永久連接•上層•Report

Kenneth Schmidt 5年之前 1
Amtrak is a single government railroad (outside of commuter lines in major metro areas, much of which runs on private property). Freight railroads (many who must host Amtrak for less than the going rate) pay their own way.

Example, Union Pacific spent $3.6 billion last year for upkeep and upgrading their private property. And that does not include State and local taxes on 33,000 miles of track. The only government money they get in in public/private projects in Major Metro areas (Reno, L.A., Chicago) to reduce congestion and increase safety.
回覆 ↓•永久連接•上層•Report

s2v8377 5年之前 1
Kenneth everything you say is correct, and to add to it the Class 1 freight railroads have a far easier time making money than passenger railroads.

People don't always remember that the airlines put the passenger aspects of railroads out of business in this country after dominating the travel market. Names like New York Central, and the Pennsylvania Railroad just to name two. Penn Central and Conrail dumped the passenger service as fast as they could in favor of maintaining freight which they could make money with. That's how we ended up with Amtrak, and the various state operated commuter rail agencies in the Northeast USA.
回覆 ↓•永久連接•上層•Report

C. WESLEY GRADY 5年之前 3
Apples and grapefruit. As long as Delta, American, United, Southwest, etc., benefit from Cabotage rules, they aren't losing anything to foreign carriers. If Emirates, were flying from New York to Chicago, Delta might have a bitch, but they don't. Further, if Emirates and Qatar suddenly stopped flying all routes in which they compete with Delta, American, Southwest and United, the only change that would be noticeable would be the sudden increase in fares. The US airlines couldn't pick up the extra volume because they don't have the planes, or personnel to do so. The Fortune 500 companies represent two-thirds of the U.S. GDP with $12 trillion in revenues, $890 billion in profits, $19 trillion in market value, and employ 28.2 million people worldwide. In short, the 500 companies are the richest, most profitable and the most powerful. American Airlines is No. 67 on that list, Delta 71, United-Continental 83, Southwest 138 and Alaska 438. Whether they are operating against another publicly owned airlines or State owned airlines isn't the issue. Delta just wants to sound like the whipping boy, when they are anything but. In the world of DJT, they believe they can garner some extra advantage by complaining against a Middle Eastern Airline. You don't hear Delta complaining about Lufthansa, or Air France, or All Nippon, and if Emirates were sold to a group of Japanese investors and became a Japanese company, Delta would find someone else to complain about.
回覆 ↓•永久連接•Report 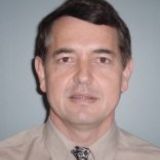 Leon Kay 5年之前 1
How come these airlines are not the most affordable ones then? During our last visit to the USA we found the cheapest tickets from South Africa to Miami on British Airways. Earlier this year the best priced tickets to Phuket were on Singapore Airlines. I am currently looking at tickets for my wife and I to Amsterdam with return tickets from Zurich. The best priced airlines are Lufthansa, Air France, KLM and Swiss Airlines
回覆 ↓•永久連接•Report

Foreign airlines don't deal with onerous labor unions and EPA regulations; just a few of the fixed operating cost factors that tilt the global playing field for Delta and others.

We have the best domestic airline industry in the world, Americans need to develop some biased patriotism and stop acting like Hollywood elitist e.g. Jennifer Aniston
回覆 ↓•永久連接•Report

Iftikhar Khan 5年之前 1
The key word here is Capitalism. What those airlines are doing is just what we fight for...the ability to do as little as we can to make as much as we can. American, United, Delta, and all the other airlines do just that by squeezing out passenger comfort and raising revenue with added fees. Have flown the UAE airlines, locally and internationally, and the difference is palpable. So...grow up!
回覆 ↓•永久連接•Report

s2v8377 5年之前 0
I am normally a pretty big critic of Delta. However, on this issue I applaud Delta and their fight to stop this unfair predatorily flying from the three big Gulf carriers.

Excellent video, and I am happy they have made it available publically to for others to share.
回覆 ↓•永久連接•Report

Sandra Summers 5年之前 0
Competition is good. The US airlines are some of the worst in the world. They treat the customer poorly. When was the last time a US airline won best airline in the world. I try hard to avoid a US airline. Stop moaning Delta and improve the service.
回覆 ↓•永久連接•Report

paul gilpin 5年之前 -8
this type of thread is increasingly appearing here. someone will post the standard comment, "this used to be an aviation blog". the reason being the increasing interaction between politics and finance that support commerce.
just remember, your senators and congressmen do not represent you. they represent their interests. and their interests are getting re-elected and feathering their nests.
i would through them out of our skies just based on the financial claims of the raghead from qatar.
any other discussion on this subject will get me banned.
回覆 ↓•永久連接•Report