提交時間：8年之前
A man bought a first-class ticket and used it to have free meals and drinks at the airport's VIP lounge almost every day for nearly a year. The itinerary for the ticket was found to have been changed more than 300 times within a year, and the owner of the ticket used it to enjoy the facilities at the airport's VIP lounge in Xi'an in China. (www.relax.com.sg) 更多...

Ric Wernicke 8年之前 14
I dunno, I have been in the VIP lounge in Xi'an. Couldn't tell if it was a buffet or a bait shop.
回覆 ↓•永久連接•Report

Mike Mohle 8年之前 6
Put him in charge of SSI in the US. He will figure out a way to keep it going.
回覆 ↓•永久連接•Report

Ken Lane 8年之前 3
When I was a tech for Konica I practically lived at the old Stapleton Airport doing PMS on machines most days. I'd go into Continental's lounge and enjoy drinks and no one said a word. I was actually drinking Coke but the snacks were great.
回覆 ↓•永久連接•Report

canuck44 8年之前 4
Love the part where he cashes it in for a refund when he figured the jig was up.
回覆 ↓•永久連接•Report

yahya Alzahrani 8年之前 2
He knew how to take advantage of the ticket for himself . I like it.....hhhhhh
回覆 ↓•永久連接•Report

Ron Nash 8年之前 2
Now, wouldn't you think the VIP lounge staff would get a littls suspicious after 2 days, if someone tried this?? I've been a visitor to Qatar Airways very nice 1st class lounge in Doha, and I can tell you, the staff there make any airport boarding security staff look like amateurs, when it comes to getting into that lounge!
回覆 ↓•永久連接•Report

PhotoFinish 8年之前 1
But if you have a full price ticket for first class on a flight later that day, you have the right ticket to get in the lounge.

It does mean actually flying OR rescheduling you flight for another day AFTER you eat your meal and BEFORE the flight (if you don't actually want to fly).
回覆 ↓•永久連接•上層•Report

Ron Nash 8年之前 3
Well, I don't know about the airlines you fly with, but every airline I've flown with, requires a substantial fee for rescheduling (way more cost than a meal) - meaning, either this story is fabricated - or Chinese airlines haven't woken up to the money to be made from "nickel-and-diming" pax.

Besides, could you imagine being able to stomach eating Chinese 6 times a week?? [;-)
回覆 ↓•永久連接•上層•Report

Ric Wernicke 8年之前 2
Ham Tin, say it isn't so! Something widely reported on the internet is not true!
回覆 ↓•永久連接•上層•Report

Richard Myers 8年之前 1
I can't think of any restaurant I'd want to eat at 300 times or so in one year.
回覆 ↓•永久連接•Report

PhotoFinish 8年之前 2
It's like getting Chinese take-out every night. But rather than eating out of takeout containers sitting in the couch watching TV, you get an unlimited buffet of slightly better food to eat from and all the wine, beer and liquor you can drink. And you get to plane spot while dining.

With the right full-fare first class ticket it's all free. Plus if the ticket comes without refund or cancellation restrictions, you can keep changing it and using it.
回覆 ↓•永久連接•上層•Report 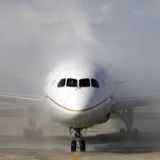 Dwight Albers 8年之前 1
Wow- I think reading all the pithy comments was more entertaining that the article itself!
回覆 ↓•永久連接•Report

mags stumpp 8年之前 1
Might be fine with 1st class in SE Asia, but he would die of scurvey within 2 weeks if he pulled that at EWR.
回覆 ↓•永久連接•Report

PhotoFinish 8年之前 6
Actually, you should be able to get yourself some complimentary orange juice in the first class lounges.
回覆 ↓•永久連接•上層•Report

Donald Pungowiyi 8年之前 1
This reminded me of a movie called "Catch Me If You Can" agreed?
回覆 ↓•永久連接•Report

This guy, if true, was just working within the generous rules of the airline. Over 300 times in one year seems like an exaggeration. Someone would have to notice. Provably couldn't be done without paying some corruption money one or more key employees. But technically would be entirely within rules of the airline.
回覆 ↓•永久連接•上層•Report

Ralph Wigzell 8年之前 1
I can't find anything that would indicate that the story is a hoax. Good job to the businessman if it is true.
回覆 ↓•永久連接•Report

Robert Stamps 8年之前 1
I am confused. Was the lounge inside or outside security? He must have checked in to have a boarding pass and once he is checked in, how was he able to continue that procedure? I always need to show a boarding pass or a pass from the check in counter to get into a lounge.
回覆 ↓•永久連接•上層•Report

Ron Nash 8年之前 1
Yes, I was thinking the same thing, and that perhaps some Chinese airlines had VIP lounges outside security.
However, on the Chinese webpage below, a reporter interviewed CEA management, and CEA claim all their VIP lounges are inside security - thus requiring a boarding pass to gain entry.
CEA do also state that pax can change their flight even after they have a boarding pass. If it's less than 2 hrs to takeoff, there's no charge for the flight change. However, there is a ticket cancellation fee, meaning the ticket holder has initially had a reasonably substantial sum of money invested in the 1st class ticket for a year - and he's going to lose anywhere between 10% and 50% of the ticket cost for cancellation. Then there's the cost of getting to the airport, either in train fare or parking fees, as well.
In addition, the food supplied between various VIP lounges varies substantially, from just snacks, to Qatars superb, unlimited, all-you-can-eat, wide range of meals.
My partner and I spent 15hrs in the Qatar VIP lounge in Doha, due to a missed connection in Cairo, and I can tell you, we wallowed into that superb, freshly-made, chef-quality food - and we probably consumed about $250 worth of food and drinks.
It certainly made up for that horror VIP lounge in Cairo, where the food resupplies were placed on the floor before they were put in the bain marie - and the VIP lounge on the mezzanine level was unroofed, open to the outside air, and full of flies!
Inquiries to the original reporter have reduced the story to, "well, a friend told me the story" - so the chances of the story actually being true, appear to be fairly low.

PhotoFinish 8年之前 1
Gotta love those 'my friend told me a story' that passes for journalism in some parts today.
回覆 ↓•永久連接•上層•Report

Steven Sremaniak 8年之前 0
WOW....Obamma shud use this as a INCENTIVE.
Give ALL FOOD STAMP RECEPIENTS a F/C Tkt.
Then CANX FOOD STAMPS.
回覆 ↓•永久連接•Report

jeffrey walsh 8年之前 -3
Not so unlikely 'photo finish", they all look the same , nobody would know the difference....lol
回覆 ↓•永久連接•Report 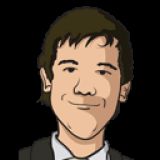 The man bought a first-class ticket and used it to have free meals and drinks at the airport's VIP lounge almost every day for nearly a year. The itinerary for the ticket was found to have been changed more than 300 times within a year, and the owner of the ticket used it to enjoy the facilities at the airport's VIP lounge in Xi'an in Shaanxi, China.