Southwest Airlines Finally Gets FAA Approval to Fly to Hawaii

提交時間：2年之前
Southwest Airlines is finally on its way to Hawaii. The Federal Aviation Administration on Wednesday approved the low-cost carrier to fly to the islands from the West Coast, Southwest said. The airline, which will service Hawaii from several cities in California, will announce when it will start selling tickets to the popular vacation destination in the coming days, it said in a statement. (www.cnbc.com) 更多...

boughbw 2年之前 6
I am curious: Why did SWA need to undergo testing to gain this approval? Alaska already serves Hawaii from the mainland with 737s. Why is this different?
回覆 ↓•永久連接•Report

m f 2年之前 12
Each airline needs to prove their training, maintenance, and procedures are up to snuff. No two ETOPS certificates are the same. Just like no two 737 operators have the same checklists. For instance, Alaska used to run the APU the entire 6 hours, while Delta is able to turn it off. Delta invested in better APU reliability allowing them to save fuel. Both ways work, depends on the airline to decide how they want to tackle all the complications of ETOPS.
回覆 ↓•永久連接•上層•Report

Scott Campbell 2年之前 5
Without an assigned seat and UNITED, AA, ALASKA, DELTA, HAWAIIAN in the mix, forget it.

skinnydragon 2年之前 4
The most significant part of this article, to me, is "The airline also intends to offer service between the islands."

This is HUGE. I lived in Hawaii for several years flying the P-3. Hawaii's interisland transportation culture is so entrenched that outside companies have an enormous hurdle getting past the, shall we say, legislative persuasion that companies like HAL, Young Brothers Shipping and Matson have. Google "Hawaii Superferry". This was a company with 2 massive catamarans with Roll on Roll Off capabilities for cars. They were hugely successful and wildly popular at first...then the old school Hawaii Mafia made sure they went out of business. Suddenly they were required to completed multiple, burdensome and expensive Environmental Impact Surveys....even though they already did.

Suddenly surfers were concerned about whales and marine life...so they were paid to paddle out into the harbor in Maui and Honolulu to prevent the Superferry ships from docking. It's an embarrassment to the state of Hawaii that there is no ferry boat system between the island. It's the only populated group of islands in the world were there is no regular RORO/ferry system between its cities.

Watch what happens when SW pursues inter island flying...the entrenched companies are going to pull every trick in the book to prevent that. One of the busiest air routes in the world is Honolulu/Maui. BUT...if anyone can make it happen, it's SW. Enter new markets, disrupt them and grow is their MO. Good luck to them!
回覆 ↓•永久連接•Report

David Blakeney 2年之前 4
The line of political and business corruption is long, wide and very deep; at least is was in the early 1970's!
David
回覆 ↓•永久連接•上層•Report

Sam Hernandez 2年之前 1
So are they going to use 737s for that too? IIRC, they standardized on the 737 several years ago, leasing out their remaining 717s to Delta or some other carrier.
回覆 ↓•永久連接•上層•Report

Nultech 2年之前 1
Hawaiian uses 717's which seem optimal for inter-island travel. Seems to me using 737s would reduce the number of flights, which would yield convenience to Hawaiian.
回覆 ↓•永久連接•上層•Report

Sam Hernandez 2年之前 4
Brad - I agree that they are more than capable of making the run between the mainland and HNL - I was referring to Scott's comment that they also intend to offer inter-island service as well - do they intend to use '37s for island hopping also? Just wondering since they've spent so much effort at standardizing around the 737 platform.
回覆 ↓•永久連接•上層•Report

Brad Littlejohn 2年之前 3
That's a good question. They haven't stated. The Sacramento Bee asked the same question, as they are also wondering that as they are getting one of the initial routes:

nigel mahood 2年之前 1
Southwest is an all 737 fleet. No plans on the making to ever acquire any other equipment.
回覆 ↓•永久連接•上層•Report

m f 2年之前 1
Good question. I'm guessing they would use the 737. The pilot contract forbids regional feed and adding another fleet type for Hawaii inter-island seems like a waste. But who knows, this industry is full of surprises!
回覆 ↓•永久連接•上層•Report

nigel mahood 2年之前 1
Southwest is an all 737 fleet. There are no plans to ever acquire any other equipment.
回覆 ↓•永久連接•上層•Report

paul trubits 2年之前 4
SWA does not fly to Vancouver or anywhere else in Canada.
回覆 ↓•永久連接•上層•Report 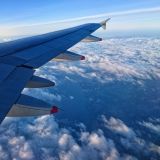 btweston 2年之前 -4
Nice. Poke a couple holes in a cardboard box and sign me up. Not.
回覆 ↓•永久連接•上層•Report

btweston 2年之前 -3
I also did things seven years ago. Those were the days.
回覆 ↓•永久連接•上層•Report

patrick baker 2年之前 2
have we reached saturation in the number of flight offerings to Hawaii?
回覆 ↓•永久連接•Report

Brad Littlejohn 2年之前 10
I would say no. Keep in mind that between 2003 and now, Hawaii lost 2 airlines that offered flights to the mainland: AAH and ATA. SWA is essentially bringing ATA back to Hawaii with this offering, while AAH is a shell of itself, mainly operating inter-island routes, if at all.

And seeing that SWA will be offering flights on routes that HAL currently has a monopoly on, that will drive prices down.
回覆 ↓•永久連接•上層•Report

Also, with bringing the Max7 and Max8 into the mix, that opens up PHX and DEN, which they said that they may offer. However, what they should also do is offer PDX and SEA, so ASA and DAL get competition.
回覆 ↓•永久連接•上層•Report

El Kabong 2年之前 2
Because yeah.. I want to spend 4+ hours flying over the Pacific in a 737-800. I barely like making that trek in a 767, let alone anything smaller. Combine that with SWAs recent mechanical issues and you have a recipe for disaster.
回覆 ↓•永久連接•Report

Spencer Hoefer 2年之前 7
Unfortunately that is becoming the standard. 757's/767's are getting old and the new trend is stretching out the 737 beyond it's original design. B737-900 has become the new 757 because Boeing has not filled that gap with a newer model.
回覆 ↓•永久連接•上層•Report

ToddBaldwin3 2年之前 2
I have many memories of crossing the Pacific in a single aisle Flying Tigers Stretch 8.
回覆 ↓•永久連接•上層•Report

David Blakeney 2年之前 1
No more, no less than other operators! SWA is by far the most efficient 73 operators!
David
回覆 ↓•永久連接•上層•Report

m f 2年之前 1
They want to outsource their maintenance to Mexico and have refused to give their mechanics a decent contract for SIX YEARS. Not a good time to be firing up a maintenance intensive ETOPS program.
回覆 ↓•永久連接•Report

ToddBaldwin3 2年之前 1
I think it was 2009 when SWA began sending some aircraft to El Salvador for maintenance. I'm not sure of that's still going on.
回覆 ↓•永久連接•上層•Report

norman belanger 2年之前 1
Southwest is better known for courteous staffing and dependable service for the over 25 years I have flown with rhem.
回覆 ↓•永久連接•Report

Duane Mader 2年之前 1
Wonder how Herb was with mechanic relations? Is it true that they are looking to outsource maintenance?
回覆 ↓•永久連接•Report

paul gilpin 2年之前 -4
OT
it's really fun reading flightaware articles.
clicking on the links.
knowing that every article is behind a firewall, or other data harvesting system.
yeah, i know, if i don't like it i can go somewhere else, or some other libertarian cry baby whiny arse response.
回覆 ↓•永久連接•Report

Great. I can’t wait to visit this website and read about how one of their planes broke in the middle of the ocean.

When the two things you are known for are cheap prices and maintenance issues... one wouldn’t have anything to do with the other, would it?

Gary Tobey 2年之前 7
Please do yourself a favor and look at SWA safety record. No fatal crashes in all of their years in operation.
回覆 ↓•永久連接•上層•Report

boughbw 2年之前 3
That is somewhat misleading. Yes they are a safe airline. But a crash at Midway in 2005 killed a child on the ground and last year they famously lost a passenger’s life after an engine exploded mid-flight. Aftermath of the second incident has planes grounded today.
回覆 ↓•永久連接•上層•Report