提交時間：5年之前
US transportation officials announced Wednesday that vaping on commercial flights is officially banned, just as is smoking the old-fashioned way. The US Department of Transportation's decision to officially ban the use of electronic cigarettes on flights going to and from the United States ends any confusion as to whether vaping in the air is lawful. (arstechnica.com) 更多...

Robert Graff 5年之前 8
I'm ok with this. Even if everyone came to the agreement that vaping is 100% safe to your fellow passengers, I don't want something that looks like smoke, fog, etc., in the cabin while I'm flying.
回覆 ↓•永久連接•Report

lynx318 5年之前 2
Just heard of a case on the news of an E-cig spontaneously combusting in someones pocket severely burning his leg. https://www.youtube.com/watch?v=sSH-lZiGsK4 I hope the ban includes even transporting these on planes, imagine one going off in overhead luggage?
回覆 ↓•永久連接•上層•Report

Marvin Radtke 5年之前 1
Pretty soon, because of the recent outbreaks of batteries combusting such as the vape battery and the hover boards, no electronics will be allowed on the airlines.
回覆 ↓•永久連接•上層•Report

btweston 5年之前 -5
So should we ban air conditioning too? Wouldn't want to frighten you.
回覆 ↓•永久連接•上層•Report

WeatherWise 5年之前 5
Looking at all your snarky posts, I'm guessing your pro-vaping. So I'll ask you...WHY? Because you take pride in looking the fool? That's the only reason I can think of as that's what anyone indulging in this latest craze of "being cool" is. Jesus, it's like people can't go for 5 minutes without sticking something in their mouth. Try a pacifier. It works on most whiners.
回覆 ↓•永久連接•上層•Report

lynx318 5年之前 2
You compare the heating/cooling of normal air with breathing of chemical fumes, are you f#@%ing crazy?
回覆 ↓•永久連接•上層•Report

Kim Capalla 5年之前 2
Personally, I enjoy smoking very much.. and I do it like a freakin' train. If there was still smoking allowed on commercial airline flights, I would smoke. I always did before (the last flight I remember smoking on was in, I think, 1989).

HOWEVER.. times and standards DO change; thus has this one. And it's not like going for six hours without a smoke is really any huge deal. At worst it will cause a mild headache. And to stop that from happening, simply take along a few nicotine lozenges or pieces of Nicorette-type gum. And if you're that big of a baby about it, then just suck your thumb while you nod off since sleep works really well, too.

I get kinda ticked off by fellow smokers who think it's our RIGHT to smoke where and where we want. It's not.. and I go out of my way (sometimes FAR out of my way) to not be an intrusive smoker. As well, I never toss a cigarette but onto the ground.. ever. That one really gripes me. There should be a special and heavy fine just for that. It's up to us smokers to police our own will and our own image. And it's not any more of a "dirty and disgusting habit" than a lot of things (some worse) that most people do in one way or another, yet are overlooked simply because they are more common.


As for vaping.. just ditto what I said above (except for maybe for the FAR out of the way thing since they don't stink an area up like smoke does).

But.. but.. be sure to tune in next week when we discuss the "health threat" to others when you'll learn how in OPEN-SPACE areas it's been proved many times over that a person smoking ten feet away for ten minutes is MUCH less dangerous to your eternal health than a 60-second wait for a crosswalk signal on a 4-lane street in medium traffic auto exhaust. Annoying? Yeah, maybe. Extended health threat? No. People who complain about others smoking in wide open spaces far away from them are nothing but whimpering little neener-neeers who need to go elsewhere to wag their silly little finger.
回覆 ↓•永久連接•Report 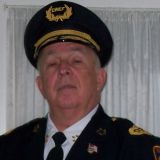 WeatherWise 5年之前 4
Because most normal people don't want to be around morons?
回覆 ↓•永久連接•上層•Report 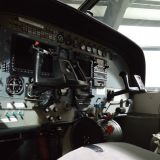 runway18escanaba 5年之前 1
1. Have you seen Passenger Shaming on Facebook? 2. Why would you ban smoking but not vaping? 3. Because some people can't be around any type of smoke
回覆 ↓•永久連接•上層•Report

Marc Bechtol 5年之前 2
Can someone tell me why this ought not be left up to the carriers to decide?
回覆 ↓•永久連接•Report

paul trubits 5年之前 2
They pretty much did. This is a good cop-bad cop situation. Make the Feds the bad guy.
回覆 ↓•永久連接•上層•Report

Gordon Dewis 5年之前 2
Can you tell me why the carriers should be allowed to make the decision? (I note in the article that no carrier allows electronic cigarettes.)
回覆 ↓•永久連接•上層•Report

Marc Bechtol 5年之前 3
Yes. They own the airplane and they have to attract customers. Private ownership used to mean the ability to make these kinds of decisions. It bothers me that it is taken for granted now that so many questions of comfort and environment are assumed by coercive bodies.
回覆 ↓•永久連接•上層•Report

Gordon Dewis 5年之前 0
By your argument, an airline should allow people to smoke and carry firearms in the cabin.

The airlines have an obligation to their employees to provide a healthy work environment, which pretty much precludes smoking and vaping on the planes.
回覆 ↓•永久連接•上層•Report

joel wiley 5年之前 1
Maybe he could have used a couple of vapers to emit some water vapor and extinguish it (snark off)
Was at a conference years ago where the impromptu entertainment was an unscheduled demo of the new laptop batteries. Your posted video looked similar.
回覆 ↓•永久連接•上層•Report

Marc Bechtol 5年之前 4
Yes. And they should be allowed to ban toilets, clothing and seats, but I doubt they would be in business very long if they did so. Your argument is that people who own airplanes have less knowledge on how to run a successful airline than government bureaucrats and politicians. I disagree with that premise.
回覆 ↓•永久連接•上層•Report

Gordon Dewis 5年之前 1
No, my argument has nothing to do with who knows best of how to run an airline. My argument is that the airlines have an obligation to provide their employees with safe work environments. The government has chosen to reinforce this by way of regulations, in effect giving the airlines a scapegoat when someone whines about not being able to smoke during a flight. Because they are public carriers, they are subject to more rules like this.

As a passenger, I would choose to fly on a smoke-free flight before one that allows smoking, but fortunately I do not have to make that decision any more.
回覆 ↓•永久連接•上層•Report

Marc Bechtol 5年之前 2
"...airlines have an obligation (to whom) to provide their employees with safe work environments". "The government has chosen to reinforce this by way of regulations(by what right?) in effect giving the airlines a scapegoat..."

It seems to me that any obligation anyone has to another is that which he voluntarily agrees to. Any third party who wishes to impose his will on two otherwise willing parties is illegitimate. If they can claim the authority to regulate private property in this respect, what is beyond the province of their scope?
回覆 ↓•永久連接•上層•Report

katty wompus 5年之前 1
If it doesn't set off the smoke detector in the lav, no problem.
回覆 ↓•永久連接•Report

Marvin Radtke 5年之前 1
Well, I don't care to go on a flight where i'm forced to sit next to somebody with very offensive body order, but unfortunately I have no control over that and there is nothing I an do about it, especially if the flight is 100% full. What about my health.... the body odor causes me to experience nausea. Will the government step in and make airports provide showers and make it mandatory that all passengers and crew go through a public shower to eliminate all forms of body odors and perfumes? Because there are some perfumes and oils out there that are truly obnoxious!
回覆 ↓•永久連接•Report

ken young 5年之前 -2
This is proof that the anti smoking crowd is not concerned with health. They don't like how it looks...
Quite frankly I don't think people should be allowed to use smokeless tobacco products either.
Why should they get ot satisfy their addiction to nicotine while others cannot.
回覆 ↓•永久連接•Report

Marc Bechtol 5年之前 -1
Governments killed twice as many people as smoking in the last century. Let's ban them.
回覆 ↓•永久連接•上層•Report

Marc Bechtol 5年之前 1
Well, just look at deaths at the hands of governments in the 20th century and you'll come up with a figure of 160 million and that mostly looks at genocide. It doesn't include the other killings and human misery at the hands of state and local goons. Even the most militant smoking Nazis will only claim 100 million deaths by cancer and heart disease.
回覆 ↓•永久連接•上層•Report

joel wiley 5年之前 1
World Health Organization's current estimate of tobacco-related deaths is pegged at 6,000,000/year. Given lower 20 century populations, that figure needs adjustment downward for a SWAG. Also need to consider life-expectancy extension by health care advances allowed more of the cohort to survive to get cancer. Slicing WHO's figures in half, still requires over a half billion government caused deaths.
You appear to be focusing on government induced mortality from direct actions, war, genocide, etc. Are you not factoring in the mortality induced by government neglect, incompetence and general malfeasance? Buried in your figures are the nicotine-related deaths caused by 'three-on-a-match' incidents.
回覆 ↓•永久連接•上層•Report

btweston 5年之前 0
Because people are simple and self-absorbed.
回覆 ↓•永久連接•上層•Report

Marc Bechtol 5年之前 -3
Ken, I agree with you that the anti smoking crowd isn't concerned with health, but I disagree with your conclusion. I think it is that they are typically authoritarians that hold a philosophical objection to those who do anything for the sake of their own enjoyment. The answer isn't to ban more freedoms, but to toss the authoritarians out of aircraft.
回覆 ↓•永久連接•上層•Report

beilstwh 5年之前 -3
Thank God!! You still get nicotine from the Vaper into your lungs. Damn druggies should take and pill and stop smoking.
回覆 ↓•永久連接•Report

Kenneth Schmidt 5年之前 3
No need to be uncivilized about it.
回覆 ↓•永久連接•上層•Report

You'll Never See Someone Vaping on a US Flight

For all those thinking the federal ban on "smoking" tobacco on commercial flights doesn't apply to electronic cigarettes, here's your unequivocal answer from the Department of Transportation.