提交時間：4個月之前
Proposed bill would tax passengers on Virgin Galactic suborbital flights from the State-owned Spaceport America near Las Cruces. Millions in public funds went toward building the site in expectation of economic and tax benefits. Tax hit on VG's $450K tickets, 700 of which are now reserved, is $31,000 (6.9%). When shopping for future half-million dollar suborbital flights, don't be surprised by the big add-on at check-out. (apnews.com) 更多...

dcmeigs 4個月之前 8
You pay sales tax to ride the rollercoaster. Why wouldn’t you expect to pay sales tax on a VG flight?
回覆 ↓•永久連接•Report

randy everett 4個月之前 6
Well worth it if they don't have to go through the TSA lines.
回覆 ↓•永久連接•Report

Mike Hindson-Evans 4個月之前 7
Seems reasonable taxation to me! Anyone on a free ride?
回覆 ↓•永久連接•Report

James Simms 4個月之前 16
Tax his land, Tax his bed,
Tax the table, At which he's fed.

Tax his tractor, Tax his mule,
Teach him taxes Are the rule.

Tax his work, Tax his pay,
He works for peanuts anyway!

Tax his cow, Tax his goat,
Tax his pants,Tax his coat.

Tax his ties,Tax his shirt,
Tax his work,Tax his dirt.

Tax his tobacco,Tax his drink,
Tax him if he Tries to think.

Tax his cigars, Tax his beers,
If he cries, Tax his tears.

Tax his car, Tax his gas,
Find other ways To tax his ass.
Tax all he has Then let him know
That you won't be done Till he has no dough.

When he screams and hollers; Then tax him some more,
Tax him till He's good and sore.

Then tax his coffin,Tax his grave, Tax the sod in Which he's laid...

Put these words Upon his tomb, ‘Taxes drove me to my doom...'

When he's gone, Do not relax, Its time to apply
The inheritance tax.
回覆 ↓•永久連接•Report

Randy Marco 4個月之前 -9
James is just another that Hates TAXES... because he's a Self Made Man

Joe gets up at 6:00am to prepare his morning coffee. He fills his pot full of good clean drinking water because some liberal fought for minimum water quality standards.

He takes his daily medication with his first swallow of coffee. His medications are safe to take because some liberal fought to insure their safety and work as advertised.

All but $10.00 of Joe’s medications are paid for by his employers’ medical plan because some liberal union workers fought their employers for paid medical insurance.

He prepares his morning breakfast, bacon and eggs this day.  Joe’s bacon is safe to eat because some liberal fought for laws to regulate the meat packing industry.

Joe takes his morning shower reaching for his shampoo; His bottle is properly labeled with every ingredient and the amount of its contents because some liberal fought for his right to know what he was putting on his body and how much it contained.

Joe dresses, walks outside and takes a deep breath. The air he breathes is clean because some tree hugging liberal fought for laws to stop industries from polluting our air.

He walks to the subway station for his government subsidized ride to work; it saves him considerable money in parking and transportation fees.   You see, some liberal fought for affordable public transportation, which gives everyone the opportunity to be a contributor.

Joe begins his work day; he has a good job with excellent pay, medicals benefits, retirement, paid holidays and vacation because some liberal union members fought and died for these working standards.   Joe’s employer only pays these standards because Joe’s employer doesn’t want his employees to call the union.  Joe has his good job because he attended a state college supported by tax dollars that a liberal thought was a good idea for society.

If Joe is hurt on the job or becomes unemployed he’ll get a worker compensation or unemployment check because some liberal didn’t think he should loose his home because of his temporary misfortune.

Its noon time, Joe needs to make a Bank Deposit so he can pay some bills. Joe’s deposit is federally insured by the FDIC because some liberal wanted to protect Joe’s money from unscrupulous bankers who ruined the banking system before the depression.

Joe has to pay his Fannie Mae underwritten Mortgage and his below market federal student loan because some stupid liberal decided that Joe and the government would be better off if he was educated and earned more money over his life-time.

Joe is home from work, he plans to visit his father this evening at his farm home in the country. He gets in his car for the drive to dads; his car is among the safest in the world because some liberal fought for car safety standards.

He arrives at his boyhood home. He was the third generation to live in the house financed by Farmers Home Administration because bankers didn’t want to make rural loans. The house didn’t have electric until some big government liberal stuck his nose where it didn’t belong and demanded rural electrification. (Those rural Republican’s would still be sitting in the dark)

Joe is happy to see his dad who is now retired. His dad lives on Social Security and his union pension because some liberal made sure he could take care of himself so Joe wouldn’t have to.  After his visit with dad he gets back in his car for the ride home.

Joe turns on a radio talk show, the host’s keeps saying that liberals are bad and conservatives are good.

They don’t bother to tell Joe that his beloved Republicans have fought against every protection and benefit Joe enjoys throughout his day.

Joe agrees COMPLETELY with the Republican radio talk show, that we don’t need those big government liberals ruining our lives; after all, Joe says I’m a self made man who believes everyone should take care of themselves, just like I have my whole life.
回覆 ↓•永久連接•上層•Report

chugheset 4個月之前 4
When this piece of fiction was originally published it was entitled "A day in the life of Sue the Republican" by Kathy Joe North. If you're going to slam those of us who hate taxes and prefer smaller government you should at least cite the author and give credit where it's due.
回覆 ↓•永久連接•上層•Report

Franz Miller 4個月之前 2
I'm sure glad parrots don't have a union, if they did, you'd be in deep doo doo. Can anyone of you "conservatives" (what precisely do you think you're conserving/saving?) come up with something other than already-worn-out invalid "talking points?" All that brain power, wasted. Not an original solution ever given, only whining.
回覆 ↓•永久連接•上層•Report

Roch Comeau 4個月之前 26
How about not tax the middle-class to fund spaceports for the rich?
回覆 ↓•永久連接•上層•Report

srobak 4個月之前 8
If you want to play elite games, then you get to pay elite taxes. I have no problem with this. I even say this as someone who owns 3 aircraft.
回覆 ↓•永久連接•Report

Rick D 3個月之前 3
If a person chooses to afford a space trip they will not be put off by a tax. Besides, since I am sure it was business related, the whole thing is deductible anyway.
回覆 ↓•永久連接•Report

Byron Russell 4個月之前 2
Not a fan of public tax money subsidizing private enterprise, but I'm not a fan of bait and switch either.

"A 2019 ruling by the state Taxation and Revenue Department on the question of taxing flights to space essentially treated passengers as freight, stating that it seemed reasonable to consider passenger revenues as receipts received for the operation of a space vehicle.

“When those exemptions were drafted, it was not in anyone’s mind that people would be a payload,” said Republican Rep. Jason Harper of Rio Rancho, who is co-sponsoring the bill."

Weren't passenger flights being considered from the start?
回覆 ↓•永久連接•Report 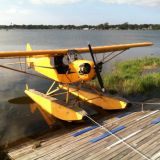 Rick Hardman 4個月之前 5
For over a decade we Dona Ana County, NM taxpayers have been paying a half cent sales tax to fund this beautiful and barely used structure on the middle of nowhere. Branson takes and takes and does not contribute squat to the Las Cruces community. He and and his rich friends must be laughing at us locals who funded his private playground.
回覆 ↓•永久連接•Report

Jamar Jackson 4個月之前 6
New Mexico where millions live in poverty. I would hope they would invest in job creation and education
回覆 ↓•永久連接•Report

Frosty1025 4個月之前 3
Maybe move their operations to TEXAS, where we will take the jobs created versus a sales tax for those that do not produce a bony thing. Seems to me that there is another spaceport just a few miles east of the New Mexico one on the TEXAS side.
回覆 ↓•永久連接•Report 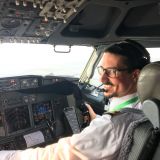 Rico van Dijk 4個月之前 1
6.8% is Nothing. In the Netherlands everything is taxed at 21%. + an additional flat rated €7.45 tax per passenger ticket.
回覆 ↓•永久連接•Report

Franz Miller 4個月之前 1
They're just engaging in a long standing quality of so-called "American citizens"; whining about everything, while at the same time never, EVER, contacting their politicians, the ones who could (if they'd get off their collective Big Business-Rules-My-Vote butts) do something about it.
回覆 ↓•永久連接•上層•Report

srobak 4個月之前 0
I think you misunderstand the situation us yanks are in....

We DO contact the politicians. ALL the time. They don't do jack. This is why we have had to initiate the takeover of political offices by the commonfolk, like this: https://www.nbcnewyork.com/news/local/after-spending-just-153-on-campaign-truck-driver-beats-nj-senate-president/3378682/

These kinds of things are happening more and more often because us so-called [sic] American Citizens are well beyond fed up. More military vets, more farmers, more self-made local & regional businesspeople.... it's a slow rise - but if the last 16 years have taught us nothing else - it is that it is well beyond necessary.

Robert Jennings 4個月之前 1
As long as I get my one free bag...
回覆 ↓•永久連接•Report