New images of MH370 debris have been released by wreck hunter

提交時間：11個月之前
New images of MH370 debris have been released by wreck hunter Blaine Gibson who is responsible for finding or securing the majority of the Boeing 777. (www.airlineratings.com) 更多...

R Jolly 11個月之前 15
It would be interesting to see the spots where all these pieces of MH370 were discovered marked on the world map.
回覆 ↓•永久連接•Report 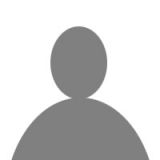 Randy Barron 11個月之前 6
That is an excellent map. Thank you!
回覆 ↓•永久連接•上層•Report

matt jensen 11個月之前 3
The way the currents run through there, I always was of the opinion that the jet never made it as far off Perth as the search indicated. I believed it to be further north of Oz
回覆 ↓•永久連接•上層•Report

matt jensen 11個月之前 6
A number of pieces were found on Reunion, Mauritius and Madagascar
回覆 ↓•永久連接•上層•Report 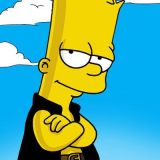 Pascal Simon 11個月之前 2
Yes I totally agree with you R Jolly, because not all the debris he found is MH370. Would be interesting to see where he found them.
回覆 ↓•永久連接•上層•Report

CB HARDY 11個月之前 -6
I can't understand why airliners are not equipped with GPS just like 18 wheelers are?
回覆 ↓•永久連接•Report

Tim Dyck 11個月之前 2
Yeah my boss can find my truck and tell me we’re it has been and how fast it was traveling but they can’t find a jumbo jet? Seems strange but if GPS locators are not mandatory in the countries the planes fly in then they likely won’t have them.
回覆 ↓•永久連接•上層•Report

Perhaps “wreck finder” Blaine Gibson wants to capitalize on his find? (Or at least defray his expenses?)
回覆 ↓•永久連接•Report

According to the video below by BOYD ANDERSON, who is also the author of the book by the same name, "UNDER THE RADAR 537-555 TRUMPENCE" - MH-370 was flown to a 45,000' altitude over the Bay of Thailand (confirmed by the New York Times) and the oxygen was cut-off killing ALL 239 passengers and cabin crewmembers by asphyxiation before descending and dropping 'under the radar' over the Strait of Malacca.

At the very same time, the Israeli Mossad assets were flying MH-370's identical twin B-777, Malaysian Airlines Flight MH-17, in tandem with MH-370, when transponders were switched off on MH-370 and activated on MH-17, as MH-17 headed toward the Indian Ocean - with the public none the wiser.

Meanwhile, MH-370 flew toward Banda Aceh (Maimun Saleh Airport in Sebang, Weh Island, Indoensia, which is just north of Banda Aceh) where new waypoints were entered and the plane turned toward the Sultan Iskandar Muda International Airport at Banda Aceh, landing on Runway 17 at 4:46AM local time. Since that runway has an operational ILS, a B-777 can be auto landed.

See Chapter 7 on page 145 for complete details of what happened to the dead passengers and crewmembers... and the 2-Tons of precious cargo.

Things are NOT how they appear and the so called "wreck hunter" may quite well be funded by those who wish to keep a LID on the truth of what actually happened to MH-370 AND MH-17.

Wait until you watch the complete video before spouting off with wreckless "opinions!"
回覆 ↓•永久連接•Report

Do you know the Wizard of Oz and the Tin Man without a brain?

In answer to your question, NO, I DON'T KNOW Q. The Q phenomenon with Trumpf the Trojan Horse was all part of the Hegelian Dialectics of controlled opposition to further conquer and divide.

It occurs to me, because of your conspiracy dogma, that you're under the spell of the TEL-A-LIE-VISION with years and years of programming that the Big Six have channeled to your brain.

I'm betting you've been running around with a mask on - because that's what you were told to do - without giving any any critical thought to that paradigm.

I'm also betting that you beLIEve that Trump's Operation Warp Speed and the Moderna, Pfizer, John & Johnson so-called "Vaccine" is good for you - because you've been told it is by the Mainstream Mass Media and Fauci and Birx around the clock 24/7. You really don;t know anything about germ theory or viruses.

So, go ahead and take the JAB - an "EXPERIMENTAL" mRNA spike protein drug therapy with Nanoparticles of DARPA's Hydrogel and Luciferase and other concoctions that are designed to work with the coming 60 GHz 5G Kill Grid, that will render you either a compliant AI robotic vegetable, or dead as Do-Do Bird within the next year.

PS... COVID-19 is a Psychological Warfare CONstruct. It does NOT exist - except on your TEL-A-LIE-VISION. To cure CoVaids, turn the box off. Now, go read SILENT WEAPONS FOR QUIET WARS - and JUST MAYBE you'll see through the FOG OF WAR!
回覆 ↓•永久連接•上層•Report 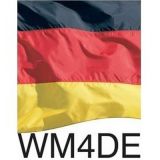 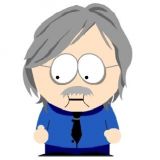 jeepien 10個月之前 1
It was the scarecrow that was lacking a brain, but apparently you believe that was covered up by the media and Fauchi, using 5-G emanations laced with firefly butts.

lynx318 11個月之前 1
Totally wrong, the Kraken threw the remains of Amelia Earhart's Electra at it, taking it down.
回覆 ↓•永久連接•上層•Report

Question: has any of this so-called wreckage ever been traced back back to MH370’s aircraft serial number? Answer: NO! The author of this article is either completely ignorant, a liar, or an intelligence schill. Why is he publishing propaganda? That is the question. This aircraft did not crash, and there’s zero evidence to prove that it did.
回覆 ↓•永久連接•Report

Derek Vaughn 11個月之前 11
This is the most foolish thing I've read in at least a year.
回覆 ↓•永久連接•上層•Report

tomasz dabrowski 11個月之前 6
Yea you would think if they faked the crash they would put serial numbers on everything.
Idiot.
Let me guess terrorists hijacked this plane and are just waiting for the right moment to use it?
I believe in ghosts, ufo's, aliens, and the US government killing Kennedy, but there is no conspiracy with this aircraft. The pilot planned a route into the Indian Ocean on his FSX. He didnt have the guts to off himself so he took 238 people with him.
回覆 ↓•永久連接•上層•Report

dpadhye 11個月之前 2
"The pilot planned a route into the Indian Ocean on his FSX". What was co-pilot doing when pilot was supposedly entering this "flight plan" in his aircraft flight computers? When today's technology can control remotely movements of a helicopter on Mars but can't find a plane on this planet, questions are always going to be asked.
回覆 ↓•永久連接•上層•Report

Dennis Bishop 11個月之前 2
You seem quite sure of yourself!
回覆 ↓•永久連接•上層•Report

Yes, I am quite sure that no wreckage has ever been traced back to that aircraft. That is a material fact.
回覆 ↓•永久連接•上層•Report

Brent Bahler 11個月之前 10
Process of elimination is a valid investigative method. Unless you are “quite sure” that another 777 experienced an unreported crash from which the photographed pieces actually belong, the MH370 is the only plausible source of these pieces.
回覆 ↓•永久連接•上層•Report

mike goodsell 11個月之前 1
Ok, I'll believe you for a second. What evidence do you have to support your statement?
回覆 ↓•永久連接•上層•Report

lynx318 11個月之前 1
"Paint colour and serial number showed the flaperon was from a Boeing 777 - MH370 is the only missing aircraft of that type"
https://www.theguardian.com/world/ng-interactive/2017/jan/17/missing-flight-mh370-a-visual-guide-to-the-parts-and-debris-found-so-far
Try again sunshine!
回覆 ↓•永久連接•上層•Report

matt jensen 11個月之前 1
Serial # matched those on record. Do you know of any other 777 that went down in the same area?
回覆 ↓•永久連接•上層•Report

Dennis Bishop 11個月之前 -5
I agree that the aircraft did not crash, but believe it could have been ditched. Where are all the people? What other crashes can account for the bit of debris that's been found. No evidence of complete aircraft ever found on land.
回覆 ↓•永久連接•上層•Report

John Prukop 11個月之前 -8
You missed Ukraine. Remember the eye witness accounts of all of the dead bodies falling from the sky? Those were the dead bodies with blood removed from MH-370. Better do some research!
回覆 ↓•永久連接•上層•Report

Brent Bahler 11個月之前 3
As Ronald Reagan famously said, "There you go again..." It is better to remain silent and be though a fool than to speak and remove all doubt.
回覆 ↓•永久連接•上層•Report

Derek Vaughn 11個月之前 2
Not sure if serious...

That would be MH-17 that was shot down by missle.
回覆 ↓•永久連接•上層•Report

John Prukop 11個月之前 -7
Quoting from UNDER THE RADAR 537-555 TRUMPENCE by Boyd Anderson:

When MH17 enters Ukraine airspace, the radar records show it changes course slightly, a few degrees to the north. This is when the resurrected MH370, flying by 'wireless auto-pilot' in parallel with its twin, takes over the radar screen. In reality, both MH370 and MH17 are flying in parallel ('all together'), with a Ukraine SU-25 fighter jet directly under MH370 to hid its presence from radar detection.

One cue, the Ukraine SU-25 fighte jet shoots a huge hol into the cockpit of MH-17, killing the pilots. MH17 begins to fall, while the SU-25 fighter jet follows, continuing to fire rounds of ammo into MH17's fuselage as it drops. Finally on-board wireless explosives are detonated, and MH17 explodes about 100 meters from the ground.

With closely co-ordinated timing, MH-370 is also exploded, through the use of wireless explosives onboard. In a huge blue flash,it spews 4-month-old baby parts and plane parts, scattering the debris over 33 kilometers as it 'falls to the ground'.

To witnesses of the strike, as well as to first responders at the crash site, this would have appeared like a missile had hit the plane.

According to news reports found on USNews and elsewhere, 'A top pro-Russia rebel commander in eastern Ukraine has given a bizarre version of events surrounding the Malaysian jetliner crash -- suggesting many of the victims may have died days before the plane took off.'"

Suggest you get a copy of the book with all the documentation and references, because what everyone is repeating in this thread is what they saw on the TEL-A-LIE-VISION and the radio. And they're presentation of events is untrue!
回覆 ↓•永久連接•上層•Report