Richard Rohrer 10年之前 0
Guess I'll take a Cirrus off my list!! After I win the lottery tonight!! Wishful thinking on my part, probably just continued my voluntary tax to the state.
回覆 ↓•永久連接•Report

john desnoyers 10年之前 0
More of our dollars, innovation, and success being drained and funneled to our Asain friends. We'll gladly sell everything.
回覆 ↓•永久連接•Report

Jack Kelleher 10年之前 0
What a shame. American business is better than this.We are selling off our county's future.
回覆 ↓•永久連接•Report

Matt Comerford 10年之前 0
they're still going to be built here, just owned by the chinese. why is everyone complaining, everything else we own was built by the chinese. we all want to pay less for stuff, right?
回覆 ↓•永久連接•Report

keir faulkner 10年之前 0
and the cessna 162 from the great wiki reads
On 27 November 2007 Cessna announced that the Cessna 162 would be made in the People's Republic of China by Shenyang Aircraft Corporation, which is a subsidiary of Aviation Industry Corporation of China, a Chinese government-owned consortium of aircraft manufacturers.[18] By manufacturing the aircraft in China, Cessna reported that it saved US$71,000 in production costs per aircraft produced. A second reason cited for moving production to Shenyang Aircraft Corporation was that Cessna at that time had no plant capacity available in the USA.[19]
回覆 ↓•永久連接•Report

jdbar 10年之前 0
We need Cessna to build in the U.S.
There isn't enough public union jobs for everybody!
回覆 ↓•永久連接•Report 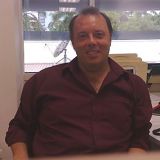 mrdedwalker 10年之前 0
Damn. As an Aussie, so often over here we get upset at seeing our, sometimes 100 - 200 year old industries sold off to the USA. Aussies just keep buying the product. It grates when something defines a place so much, to see it flogged off like that - just due $. I for one can tell you I'd not like to buy a Cessna 162, or Cirrus now, knowing they will be contributing to detracting further from a country that is the greatest aircraft manufacturer in the world. It IS really 'selling ones soul'. My last t-shirt from China didn't last too well - * but aircraft ??!!! *
回覆 ↓•永久連接•Report 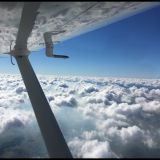 Emil Bryant 10年之前 0
When Mooney needed investors before they shut thier plant down(Kerrville,TX), the chinese made an offer to them... They REFUSED it and decided that they would rather be out of business than be owned by the chinese... Thank you Mooney
回覆 ↓•永久連接•Report

mark mondo 10年之前 0
I wonder if the paint jobs will have lead in them now? What will that do to takeoff performance? Maybe they can install a larger Chinese Continental engine to make up for the additional weight.
回覆 ↓•永久連接•Report

Steve Tilford 10年之前 0
Teledyne Continental, then Cirrus and already a run at Airbus with A320 production in China. They are going after Cessna and Gulfstream next. I expect them to make a play for Textron selling Cessna to them, and I won't be surprised when the deal gets made. They want the industry and we're willing to sell it to them. All business schools teach these days is 90 day results, nothing about 30 year goals. We'll deserve what we get.
回覆 ↓•永久連接•Report

fabere 10年之前 0
Come on now! This MUST stop! Buy American means so much more now than ever before! I won't buy, not will I EVER fly ANYTHING made in China! When will greedy America ever learn! Shame on Cirrus! Hooray for Alan Klapmeier for having the guts and sense to start Kestrel Aircraft Company! All we have to do now is forget about Cirrus - and believe in Kestrel!
回覆 ↓•永久連接•Report

Kevin McMillen 10年之前 0
This is a travesty. How can we support our government when the president and the politicians allow this to happen. The transfer of American technology to another country is unforgiveable. We must get off our butts and not allow this to continue. When are we all going to wake up and demand a radical change in our leaders? The turmoil in the mid-east countries is radical, and maybe we need some of the same. Our politicians are the most shameful people alive.
回覆 ↓•永久連接•Report

paulh4 10年之前 0
Cirrus has not been an American owned company since it sold 58% of the company for $100 million to Crescent Capital, the US arm of the First Islamic Investment Bank of Bahrain, back in 2001.
回覆 ↓•永久連接•Report

mark mondo 10年之前 0
You'll be able to buy your new Cirrus at Walmart,your local Chinese outlet store, and get your Continental engine overhauled at the Auto Center.
Times are changin, and not for the best.

William Gottlieb 10年之前 0
An airplane made by workers being paid $ 2.00 an hour? Are you going to get in one? I'm not!
回覆 ↓•永久連接•Report

Emil Bryant 10年之前 0
Yea but people also keep buying "so called" american cars that are entirely built in other countries such as PT cruiser=Toluca,MX , Chev HHR and Caddy SRX=Ramos Arizpe, MX ... No thanks man... The next car I buy will be built on an assembly line in the states, even if it is toyota or nissan... I dont care, it will be putting hard working americans to work...Most automotive line workers in mexico make about 1 usd an hour... Our government does need to regulate heavy taxes on automobiles and aircraft built in other countries that are imported into the states.(especially if they are owned by an american company)Only this type of regulation will put a stop to the jobs lost in america...
回覆 ↓•永久連接•Report

Jarvis Engbrecht 10年之前 0
I've said for many years that I could see the day when our nation would have to buy our fighter jets, tanks, most all of our military equipment from foriegn countries, just like all the other third world countries do. Looks like we are heading that way fast!
回覆 ↓•永久連接•Report

Andrew Skretvedt 10年之前 0
There is no problem with this in the slightest. Y'all are shortsighted. It doesn't change the market for a Cirrus airplane. The only thing you should really care about is the build quality and the ability to buy one if you want one. This won't change. Just like US cars, at worst they'll one day be assembled in the U.S. of foreign and U.S. components. This is already true for Boeing and Airbus and Bombardier and Embraer and pretty much all the aircraft makers of significant size.

Hush up cretins. You remind me of a South Park episode.

More likely this is a calculated move to rip off the Chinese. Cirrus gets a capital infusion to help build its new VLJ, China gets paper and and all the risk. If it works, we get the airplanes and the jobs at the plants in Duluth and Grand Forks where they're assembled.
回覆 ↓•永久連接•Report

Andrew Skretvedt 10年之前 0
If my last post was unclear, what I mean to say is that aircraft manufacture is, more or less, globalized. Jobs go to those who want them most and can build to a standard. Buyers get the benefit of a product that is as cost-effective as the market (with government trade policy fetters) can make it. (okay, bring on the flames)
回覆 ↓•永久連接•Report

Jack Schultz 10年之前 0
Cessna & Cirrus!!! This is really sad!!! Our country just keeps being sold off for profit, by rich CEO's..
回覆 ↓•永久連接•Report

Jack Schultz 10年之前 0
Why is the Government not using some of our resources??? This is not acceptable to what is going on!! The oppression, loss of Jobs, Homes, families are splitting up, all because of OIL….. We have more OIL reserves in our country than in all the Arab countries..
Someone needs to do something… We are on a downhill slide that will Destroy Our Country!!!


Why aren't we drilling? Why is our government not encouraging us to use our own natural resources? There is something very wrong with this picture…..
About 6 months ago, the writer was watching a news program on oil and one of the Forbes Bros. was the guest. The host said to Forbes, "I am going to ask you a direct question and I would like a direct answer; how much oil does the U.S. have in the ground?" Forbes did not miss a beat, he said, "more than all the Middle East put together." Please read below.

The U. S. Geological Service issued a report in April 2008 that only scientists and oil men knew was coming, but man was it big. It was a revised report (hadn't been updated since 1995) on how much oil was in this area of the western 2/3 of North Dakota, western South Dakota, and extreme eastern Montana ..... check THIS out:


The Bakken is the largest domestic oil discovery since Alaska 's Prudhoe Bay , and has the potential to eliminate all American dependence on foreign oil. The Energy Information Administration (EIA) estimates it at 503 billion barrels. Even if just 10% of the oil is recoverable... at $107 a barrel, we're looking at a resource base worth more than $5...3 trillion.

"When I first briefed legislators on this, you could practically see their jaws hit the floor. They had no idea.." says Terry Johnson, the Montana Legislature's financial analyst.

"This sizable find is now the highest-producing onshore oil field found in the past 56 years," reportsThe Pittsburgh Post Gazette. It's a formation known as the Williston Basin , but is more commonly referred to as the 'Bakken.' It stretches from Northern Montana , through North Dakota and into Canada! . For years, U. S. oil exploration has been considered a dead end. Even the 'Big Oil' companies gave up searching for major oil wells decades ago. However, a recent technological breakthrough has opened up the Bakken's massive reserves..... and we now have access of up to 500 billion barrels. And because this is light, sweet oil, those billions of barrels will cost Americans just $16 PER BARREL!

That's enough crude to fully fuel the American economy for 2041 years straight. And if THAT didn't throw you on the floor, then this next one should - because it's from 2006!

U.. S. Oil Discovery- Largest Reserve in the World

Hidden 1,000 feet beneath the surface of the Rocky Mountains lies the largest untapped oil reserve in the world. It is more than 2 TRILLION barrels. On August 8, 2005 President Bush mandated its extraction. In three and a half years of high oil prices none has been extracted. With this mother load of oil why are we still fighting over off-shore drilling?

They reported this stunning news: We have more oil inside our borders, than all the other proven reserves on earth.. Here are the official estimates:

HOW can this BE? HOW can we NOT BE extracting this? Because the environmentalists and others have blocked all efforts to help America become independent of foreign oil! Again, we are letting a small group of people dictate our lives and our economy.....WHY?

James Bartis, lead researcher with the study says we've got more oil in this very compact area than the entire Middle East -more than 2 TRILLION barrels untapped. That's more than all the proven oil reserves of crude oil in the world today::
Reports::: The Denver Post.
Don't think 'OPEC' will drop its price - even with this find? Think again! It's all about the competitive marketplace, - it has to. Think OPEC just might be funding the environmentalists?
回覆 ↓•永久連接•Report

Matt Comerford 10年之前 0
Ok it's getting too silly for me on these boards...
回覆 ↓•永久連接•Report

Jarvis Engbrecht 10年之前 0
Yes, quality concerns me. In light of the quality of many products we have recieved from China in the recent past, yes, quality is of a great concern to me.
But it isn't all about quality. It's about our countries wholesale shipping of our manufacturing jobs to all these foriegn countries. Do you really think we will be able to stay on top with information oriented jobs alone? I think not! Our information technology jobs will soon leave the country also...no, they already are!
That's my concern!
回覆 ↓•永久連接•Report

dmaccarter 10年之前 0
You think this is bad, check out where the the Cessna 162 is being made. You guessed it.....It ain't Kansas.

Let's all of us run out and buy some Asian stuff. They need the business.
回覆 ↓•永久連接•Report