Submitted 2 years ago
The Federal Aviation Administration has given the green light for pilots seeking to receive the Pfizer COVID-19 vaccine but with restrictions. Pilots cannot fly for 48 hours after receiving the injections as the side effects may hinder the safe operation of an aircraft, the FAA says. The second COVID-19 airlift has begun with airlines transporting the vaccine from Pfizer's manufacturing plant in Michigan to states across the union and beyond. UPS Airlines and FedEx Express planes were… (www.yahoo.com) More...

2sheds 2 years ago 5
There is nothing more unusual about the FAA's advice on this vaccine than any other.
The FAA has a requirement the the pilot must take into account the effect of starting, continuing,etc.,any medication and recommends, but can't force, a pilot to wait to assess effects. And, since it is patently illegal to take anything like this that the FAA hasn't approved then it's only wise to stay on their good side by waiting so if you have a run-in with them they can't add that to the complaint.
As far as fainting after the injection - now, watch out for a war story - back in the day, the Army used to administer most vaccinations using a pressure gun because it was quicker, more sanitary, etc.,etc.,etc. Sometimes they would administer 2 or 3 at a time and and as we left the building there were several trainees sprawled out on the ground in various states of consciousness. I don't know why but it happened all the time for various reasons.
And since many people faint at the sight of a needle maybe that's what's happening or "mass sociogenic" effects.
This is a non-issue and I'm gonna take it ASAP.

Patrick Hanley 2 years ago 3
In my boot camp it was always the biggest guys that hit the floor fastest.
Reply ↓•Permalink•Parent•Report

m f 2 years ago 4
The body is building immunity. Symptoms are normal after a vaccine.

Dave Linde 2 years ago 1
I'd say it's not a good idea, period.
Reply ↓•Permalink•Report 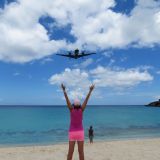 lfilipov747 2 years ago 0
Since its now documented that people are gettng dizzy and fainting after getting the vaccine, I'd say that's a good idea.
Reply ↓•Permalink•Report

m f 2 years ago 2
The body is building immunity. Symptoms are normal after a vaccine. 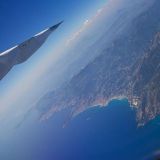 christyzach 2 years ago -2
Why are pilots getting it ahead of prioritized healthcare workers and elderly?
Reply ↓•Permalink•Report

2sheds 2 years ago 5
Maybe you're jumping to the conclusion that pilots are getting it ahead of those you mention.
But, assuming that there is a small class of pilots who are also healthcare workers or elderly then the statement is still true.
My #1 son is a front-line EMT and transporting (multiple) covid-19 patients every day; I want him to get it before I do and I am in the elderly class/category - and still flying. I gave him the last of my 3M N95 masks because there weren't any and he was going around with a t-shirt sleeve around his face because the administration-on-duty couldn't seem to get their act together. I have a really high interest in seeing healthcare workers get the vaccine real soon now.
Reply ↓•Permalink•Parent•Report