提交時間：大約一年之前
When an EgyptAir flight crashed on its way from Paris to Cairo in May 2016, the Egyptian government was charged with leading an international probe to find out why the jet suddenly plunged into the Mediterranean Sea, killing all 66 people aboard. That investigation was never completed. Instead, Egyptian authorities said a bomb had likely brought down the plane and withheld key evidence from French investigators, citing the secrecy of their counterterrorism inquiry. (www.msn.com) 更多...

bentwing60 大約一年之前 5
Seems the Pharaoh's kids don't want to get to the bottom of anything but deep water! 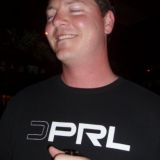 Cal Keegan 大約一年之前 6
That's right. '804 was not the first EgyptAir crash where there were accusations of investigation interference and a coverup originating from the highest levels of the Egyptian government.
回覆 ↓•永久連接•上層•Report

Chris B 大約一年之前 2
Anyone else find it odd the the WSJ journalist who wrote the piece usually only writes about expensive luxury goods like Louis Vitton, Tiffany etc?

Mike Dryden 大約一年之前 8
In case you hadn't noticed, good 'mainstream' journalism died some time ago. Not that they were ever particularly good with aviation related stuff anyway.
回覆 ↓•永久連接•上層•Report

bentwing60 大約一年之前 1
I used to call them the food editors out on a smoke break!
回覆 ↓•永久連接•上層•Report

Michael Enzmann 大約一年之前 0
I remember at the time information was arcing at a windshield heat terminal was identified by the crew. Couple an ignition source with leaking O2 and... Have been curious as to why the A320 nosediving into the Med was brushed under the rug while the MAX investigation info was disseminated daily. Report here is BEA had the info and covered it up under the guise that Egypt was in control of the investigation.
回覆 ↓•永久連接•Report

cyberjet 大約一年之前 3
There are well defined UN / ICAO ANNEX 13 rules around which country "own's an accident investigation, and in this case, Egypt was entitled to take the lead because the crash site is considered international waters. Unfortunately, Egypt has not complied with the main principles of the ICAO Annex in terms of a full, fair, impartial investigation that considers all relevant factors. They should be called out for this at the UN / ICAO table, but since both organizations are largely toothless, even if they were challenged, little will come of it. Egypt has no interest in looking at "internal causes of accidents. It's always someone else's fault.
回覆 ↓•永久連接•上層•Report

bentwing60 大約一年之前 2
The article itself points out that the ICAO has little authority to enforce a thorough investigation if the investigating body hampers the investigation! Indonesian authorities (Lion Air 610) were going to give up the search for the DCVR almost immediately after the DFDR was located and were guilted into continuing the search. The EA302 FDR was turned over to a euro authority to decode to deprive NTSB, FAA and Boeing of 'first' knowledge. The fact is that the investigative authority is being neutered at a time when the largest growth in commercial aviation is in third world, pseudo developed countries with airlines that fail routinely because they can't run an airline, let alone a safe one. MH370 anyone?
回覆 ↓•永久連接•上層•Report

Don Quixote 大約一年之前 -9
It's a shame, the media have been on a campaign to try and destroy Boeing's reputation, to sway the public's opinion so they won't fly on the MAX once it's back in service....even though it will be 100% safe. What many don't realize is the 737NG family actually has a lower hull loss rate than the A320 family. But that doesn't cross an Airbus fanboys mind, to them it's all about 2 jets crashing(like that's never happened before in aviation history) and hoping for the end of Boeing forever. Which we all know won't happen and Boeing will come out of this stronger than before, they've fixed their costly mistakes and it won't happen again.
回覆 ↓•永久連接•上層•Report

Kyle Beller 大約一年之前 7
As an American, I will always pull for Boeing. But Don, you're talking pure nonsense. Literally every point you make is off.

1.) It will be 100% safe? you know this?
2.) comparing the NG to the same 320 fam while also trying to defend MAX? the MAX's issues stem from re- engining the NG to catch up with NEO...
3.) 2 Jets cashing (like its never happened before)...? Uhhhh... You trying to compare some incidents from the 50's to two high tech modern jets like the MAX from the largest aerospace manufacturer on earth? This has not happened before.
4.) Not sure that Airbus and its "Fanboys" is hoping for an end to Boeing forever...
5.)Have they fixed their costly mistakes? Cuz at the moment the aircraft is still grounded and production has been drastically decreased.
6.) It won't happen again? Ok. great. glad you know this!
7.) Find it interesting you think the media is out to destroy Boeings reputation. Pretty sure Boeing did a good job of that on their own. Let me guess... its all fake news right?
回覆 ↓•永久連接•上層•Report

Edward Bardes 大約一年之前 7
1.) At the very least, its safety record will be comparable to similar aircraft.
2.) The NG was created as a response to the A320 when it was first created; the comparison is valid.
3.) The 737 had a strings of incidents in the 90s involving malfunctions with the rudder, at least two of which resulted in crashes.
4.) Airbus vs. Boeing can be described as "snobs vs. slobs".
5.) Verifying changes needed for airworthiness takes time, especially when other countries insist on making those verifications themselves.
6.) It's rare for planes to crash under identical circumstances to a previous accident.
7.) The media has taken to creating sensationalist stories for the purposes of ratings as opposed to simply presenting information objectively.
回覆 ↓•永久連接•上層•Report

xavier legay 大約一年之前 1
when you prefer lobbies instead of engineers ....that the case of Boeing ...
回覆 ↓•永久連接•上層•Report

Edward Bardes 大約一年之前 0
The crash got eclipsed by Lamia 2933 in November of that year.
回覆 ↓•永久連接•Report