Mother and her one-year-old son kicked off an American Airlines flight for skin condition: But Was the Airline Right?

提交時間：3年之前
A South Carolina mother and her baby son were allegedly kicked off an American Airlines flight on Thursday because of their rare genetic skin condition. Jordan Flake had boarded a flight from El Paso, Texas, to Dallas to visit her husband, Chris Flake, before he deployed for the military. She had her one-year-old son Jackson with her. (www.waytoimprove.net) 更多...

canuck44 3年之前 7
Icthyosis is a variable condition of the skin which replaces itself at a greater rate than normal leaving the most superficial cells to slough like dandruff. It may be mild to very severe; in the worst cases the skin becomes leather-like and thickened. Until recently almost all of the treatment was topical designed to hydrate, acidify and lubricate the skin with varying degrees of success. As genetic variations are identified this will turn out to be many diseases like cancer described by the symptom and not the underlying cause.

In the past three years trials on a drug to greatly improve his condition have been conducted. I have one child (now age 10) with a very severe form has been receiving it at the University of Miami with great success. While his skin is still leathery, the shedding has been reduced 90% and he no longer spends his life in the doctor's office.

Nothing of the condition of the baby in the article would require his removal while kids with impetigo which is contagious are permitted on board all the time.
回覆 ↓•永久連接•Report

linbb 3年之前 -3
If the parents had thought ahead and had proof with them which they should carry to prevent these problems nothing would have happened So the airline was right in doing so.
回覆 ↓•永久連接•上層•Report

paul trubits 3年之前 2
You bring your one year old baby on a plane who has a genetic skin condition. The American flight crew decides that it is really an infection and that you are lying. You would think that someone would pick up the phone and ask someone with a MEDICAL background their opinion. What is next? Is everyone with seasonal allergies going to have a letter from their allergist stating that they do not have an upper respiratory infection? Another black eye for American.
回覆 ↓•永久連接•上層•Report

Matthew Montano 3年之前 0
Say your baby really does have an infectious skin condition that you, and your doctor (with a note) and possibly even some of the flight crew, thought it was merely a genetic skin condition. And say that infection condition spreads. The captain remains legally liable for the health of all aboard. Even with that medical note.

It requires the flight crew to make a quick assessment and acceptance of risk. It sucks because there are so many possible situations. But in the vast majority of cases, everything works out fine.

I have spoken to two captains after they have had to ask passengers to leave. (One because the pax was yelling loudly that she has bad anxiety and another because the pax declared they had a bad peanut allergy and wanted an announcement made that no one should eat peanuts.) Both captains hated making those decisions. But they did out of a genuine concern of safety for all passengers.
回覆 ↓•永久連接•上層•Report

steve powell 3年之前 0
In the UK, passengers are regularly told that there will be no peanuts served/and a ban on eating them due to a passenger having an allergy. I can't believe that a passenger with an allergy would be asked to leave the plane!
回覆 ↓•永久連接•上層•Report

Cansojr 3年之前 -2
Canuck44 are you or were you a practicing physician or licensed pharmacist in either Canada or the United States. I do no doubt your credibility as I am only curious how you attained this specific medical knowledge. Thank you.
回覆 ↓•永久連接•上層•Report

canuck44 3年之前 2
Every bad idea in Medicine originated in the North East. I only go North of I-10 to go to Nova Scotia in the summer. I had my quota of snow and cold weather; sold my snow blower when I moved here 30 years ago...now wear three layers of clothes if temperature drops below 72.
回覆 ↓•永久連接•上層•Report

Cansojr 3年之前 0
Thank you Doctor for your time and services. There are few men like you and I applaud your candor. Again, thank you very much for your contributions to medicine and aviation.
回覆 ↓•永久連接•上層•Report 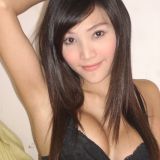 Geoff Davies 3年之前 1
The airline stewards have the final say,what if the baby did infect the whole plane.then they all sue the airline.so probably correct to stop them boarding
回覆 ↓•永久連接•Report

Fuhndhu 3年之前 1
If the airline had not made the decision.
If the woman had not been telling the truth.
If just one passenger had become infected, the airline would have been sued.
To carry a doctor's certificate is so simple. Why not do it ?

Compare with "An unvaccinated French boy is suspected of having reintroduced measles to Costa Rica after the Central American country had been free of the disease for five years." Someone at Costa Rica immigration must be saying, "how could we have prevented this"?

Only part of the story that rankles :
"The staff member helped Flake get a hotel for the evening and arranged for her to take a different flight on another airline."
So American didn't want her, but OK to palm her off on another airline.
Or was she required to get a doctor's certificate first ?
回覆 ↓•永久連接•Report

Highflyer1950 3年之前 1
Unfortunate and Canuck44 has detailed the issue very well. Still, a little pre-planning and a medical letter of explanation would have made the whole thing disappear before it even got started. It’s tough when you get singled out because you don’t look like everyone else?
回覆 ↓•永久連接•Report

John Trott 3年之前 1
It's absolutely normal and entirely to be expected. If you think actually about it, it actually makes complete sense that looking very different must automatically attract attention.
回覆 ↓•永久連接•上層•Report

linbb 3年之前 -4
The reason was not because of your statement it was for the rash which could have been something real bad. But due to the parents lack of thinking ahead and having papers to show what it was caused the problem nothing else. Seems these days people like you have to bring race into things and keep the issue alive.
回覆 ↓•永久連接•上層•Report

Highflyer1950 3年之前 4
Your’e an idiot! Looking different was because of the skin condition, not color?
回覆 ↓•永久連接•上層•Report

John Trott 3年之前 1
No need for abusive name calling, not even for excessive and inappropriate use of question marks.
回覆 ↓•永久連接•上層•Report

Matthew Montano 3年之前 1
Here we go again. A commercial airline, once the door is closed, is not a democracy. While there are many conditions (like this) and situations (many peanut allergies) which from external review are perfectly safe, the captain thru their flight crew has the legal responsibility and liability for the health and safety of all customers. A doctor's note doesn't exempt them. We can only continue to build better education mechanisms in place so that the flight crew feels comfortable to accept that the risk is minimal and let the passenger fly.
回覆 ↓•永久連接•Report