提交時間：3年之前
Southwest Airline CEO Gary Kelly is in receipt of an urgent letter from the executive board of Transport Workers Union (TWU) Local 556, which represents more than 16,000 frontline Southwest flight attendants. The letter was fired off late Monday after a report on the safety culture at both Southwest and American Airlines aired earlier in the day on “CBS This Morning.” The seven-minute-plus report by aviation correspondent Kris Van Cleave did not include any dramatic new revelations. But it did… (www.bizjournals.com) 更多... 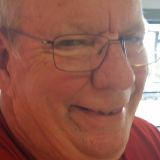 Thomas Ballenger 3年之前 13
"Both Southwest and American mechanics also are in the middle of protracted bargaining talks over new contracts." Need I say more?
回覆 ↓•永久連接•Report

bentwing60 3年之前 21
Then you might also add that they were founded in 1967, became SWA in june of 1971 and have two (2)total fatalities on the books in 52 years of continuous operation. Lion Air can't even fly new 737's and SWA has worn out hundreds of them with one of the best safety records in modern history. Part of the gig is workin the FAA to keep em flyin. Remember the fed who grounded a Beech Baron in SOCAL for six bent propeller blades on an airplane with two new McCauley Q-tip props. Or the grounding of Bob Hoover. It ain't just the GA side. Might be time for a new FA contract, I don't know, but the mechanics clearly have an axe to grind and Gary Kelly ain't Herb and it ain't been the same since.

pick an airline, I was amazed.
回覆 ↓•永久連接•上層•Report 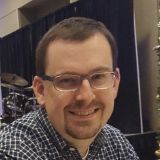 Kris Durbin 3年之前 7
I agree, the data just doesn't support the claim. Is it any coincidence that the TWU began seeking new terms last month? These things happen, sadly. Safety claims become a bargaining chip against airline execs because publicly traded companies want to stay out of the media.
回覆 ↓•永久連接•上層•Report

Kris Durbin 3年之前 8
The mechanics are having talks about their agreement with Southwest, also. None of this is a coincidence.
回覆 ↓•永久連接•上層•Report

Cansojr 3年之前 10
I stand corrected and apologize for an incorrect statement that I made.
回覆 ↓•永久連接•上層•Report

Ken Bittner 3年之前 8
Thanks for having the balls to stand up and do what's right. Your integrity is still intact.
回覆 ↓•永久連接•上層•Report

jmt123 3年之前 1
Yes SWA is in bitter contract negotiations with their mechanics. As the negotiations get more immature...kinda like our government...lower level management is being told by upper management to get more productivity and find ways to punish those that don't play by their rules.
Being a two way street, the more the negotiations go sour, the mechanics are encouraged by their union to do EVERYTHING "by the book".

mary susan watkins 3年之前 -1
jmt123..it has been my experience that the captain who last flew an aircraft,makes notations into a logbook with reference to maintenance needing to be done,,the maintenance can be written off as deferred to later if it is not urgent,or by faa regulations, needs immediate attention..for urgent matters, a captain will call ahead to advise the station to have maintenance meet the aircraft..there is a lot involved in the process and the logbooks are checked by the captain and maintenance at each stop..the flight crew also goes around and checks the exterior of the aircraft for anything that might seem wrong..there is also a difference between intermediary maintenance and the kind where an aircraft is what we use to call an "overnighter"...as I said,there is a lot involved and in places where contract maintenance is used,it is also practice with larger carriers to fly in the airlines own people and or parts from the main base or hub...if the unions for maintenance and flight attendants have concern enough to write parker and Kelly regarding issues, those things should be taken seriously,whther it has to do with a new contract or not...
回覆 ↓•永久連接•上層•Report 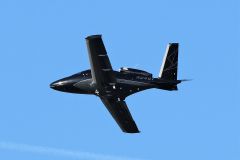 Roy Troughton 3年之前 -2
A seven minute report with no dramatic new revelations! Sounds like a hit piece to me.
回覆 ↓•永久連接•Report

Lois Lettini 3年之前 -5
From my frame of reference, airlines will NEVER want to do anything that will cost them more money, even at the expense of safety. They will do whatever they can, to get away with just about anything (until they get caught). Remember, we live in a Capitalistic country.
回覆 ↓•永久連接•Report

mary susan watkins 3年之前 -2
if you search ,you can find and read the exact letters sent to both parker at American airlines and Kelly at southwest airlines by the unions..the issues listed for each carrier are a little different..both have to do with serious safety concerns in overlooking maintenance,but the one with southwest also mentions the outsourcing of maintenance work outside the united states,definitely a union issue..generally when union contracts are at a negotiating time,benefits,work schedules,seniority and pay are the main terms of negotiation..they do not deal with doing shoddy work,but depend upon the workers to follow faa rules and regulations and to voice any safety concerns...mr Kelly and mr parker are aware of faa inspections and the fines they can incur if things are not done properly,and the unions,both those representing maintenance and those representing the flight attendants,do hold sway with management,as they should...
回覆 ↓•永久連接•Report