AOPA will fight to bring back Meigs Field

提交時間：11年之前
Chicago Mayor Richard Daley, made infamous in March 2003 when he ordered huge trenches dug across Meigs Field in the middle of the night, announced Sept. 7 that he will not seek re-election. Although the airport was closed and turned into a park, AOPA President Craig Fuller has pledged to seek every opportunity to bring back Meigs Field. (www.aopa.org) 更多... 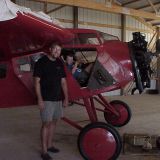 Mike Cessna McVey 11年之前 0
I will help anyway I can, the greatest airport of all time. Landed there as a boy in a lear 35 and was so impressed by the whole experience. Daley made a huge mistake closing this place over the excuse of terror! He is such a liberal, chicken like Pelosi, Obama, Blagovich... no spine and always looking to be in the limelight! BRING MEIGS BACK NOW. It's the people's airport.
回覆 ↓•永久連接•Report

Mike Cessna McVey 11年之前 0
oh yea, here is the location to give, i remember donating tons of internet access to chicago residents in order to revenue share many years ago with this cause: http://friendsofmeigs.org/
回覆 ↓•永久連接•Report 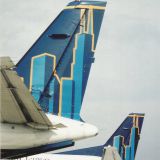 pfp217 11年之前 0
I don't see it happening, but it would be SWEET!! I've already plotted a x-country just in case.
回覆 ↓•永久連接•Report

Matt Comerford 11年之前 0
I would love to see Meigs back but good luck. I doubt they would tear down that amphitheater, unlike the runway.
回覆 ↓•永久連接•Report

David F. Franks 11年之前 0
Bring it back baby. That would be wonderful because of jobs, convention industry, Business etc....

Kenneth Schmidt 11年之前 0
Meigs was a revenue maker for the City of Chicago, and was a real time saver for businessmen and women. A few even commuted from far out communities via Meigs when affairs required them to be Downtown. And like many other things Daley did, in my opinion, it was a huge mistake to close it. And under the cover of darkness no less.
回覆 ↓•永久連接•Report

solamich 11年之前 0
Meigs used to have an east ramp that was full of corporate aircraft during conventions (conventions are gone now too). The city priced Meigs out of business with excessive fees and high fuel prices then Mayor Daley closed it because "no one used it." The last time I was there about 10 years ago we flew a Lance in for a three hour lunch at the Planetarium and the total bill was $45.00 with no gas for three hours of parking. Fuel back then was over $5.00 per gallon when everyone else was $1.75. Good luck trying to get it back. They couldn't even afford the concrete.
回覆 ↓•永久連接•Report 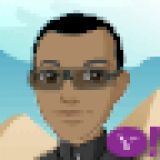 Shadowstarz 11年之前 0
I hope they do bring it back. Daley was wrong for doing it that way and glad he going. I doubt he's like, Pelosi, or Obama. I heard they're actually working to help bring the US back on firm foundation. Blagovich got that he diserved. It's amazing so how some people can use an event and twist it into their political plaform. Yeesh.
回覆 ↓•永久連接•Report

solamich 11年之前 0
I'll also mention that during the late 70's there were three airlines serving CGX and we did quite well. The companies had their own authorized approach off the Chicago Heights VOR or shot one into MDW and proceeded visually to the lake shore if the weather was poor. We did quite well there.
回覆 ↓•永久連接•Report

Shawn S. Sullivan 11年之前 0
Bring it back!! I moved to Chicago a couple of weeks after the sneak attack. Have done more than a few low passes over it. I will bring my shovel to help and I no longer live in that great town. All has gone badly. Meigs GONE. Pal-Waukee now Chicago Executive. They get that speed bump off the runway up there yet? It was insane. Big runway or bust.
回覆 ↓•永久連接•Report

pfp217 11年之前 0
Like Solamich mentions, I worked for 2 of them at SPI. We flew Metros and Beech 1900s and usually had great loads. Before I started we even flew an ATR in there. The state traffic loved CGX because it was a quick cab or even brisk walk to the Thompson center.
回覆 ↓•永久連接•Report

solamich 11年之前 0
We flew B-99s from CGX to SBN, IND and DTW. Air Illinois flew YS-11s to SPI and Phillips flew a Barron to Michigan City when I flew out of there.
回覆 ↓•永久連接•Report

Del Angelo 11年之前 0
I have used this airport on many occasions flying in / out of Chicago. It was shocking to think Daley would destroy such a vehicle for the City of Chicago. It will be great to have it back...I hope AOPA can do it.
回覆 ↓•永久連接•Report

Mauilaw 11年之前 0
Ladies & Gentlemen, NOT going to happen. A news reporter brought this up the other day when Mayor Daley announced he would not be running for re-election.
回覆 ↓•永久連接•Report

Eric Shank Van Eenige 11年之前 0
Definition of irony: Daley claimed that he removed Meigs to make the Chicago skyline safer, but by removing the airport he also eliminated the Meigs Delta Airspace, so now we can fly right next to the skyline without having to talk to a soul!
回覆 ↓•永久連接•Report

Bob Goss 11年之前 0
I flew at Meigs as CFI in 1971. I grew up in Chicago and after the military I came back and it was quite the thrill so see Chicago from the right side of a C-152. I would love to see it happen again but since the party of "NO" blocks all practical solutions, I would not bet on it.
回覆 ↓•永久連接•Report

solamich 11年之前 0
Now what party would that be since bankrupt Illinois has been under Democratic control for decades?
回覆 ↓•永久連接•Report 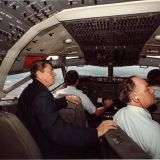 mbazell 11年之前 0
I guess better late than never, but AOPA should have been more aggressive in the begining and filed a class action suit against the Daley machine the day after they tore up the runway. I also blame the FAA for not violating the city. You don't just arbitrarily shut down an airport and create a safety hazard without issueing NOTAMS at least 24 hours in advance. The city should reimburse the tax payers for the damage they caused and return all FAA federal grant money they received from the Airport Improvement Trust Fund.
回覆 ↓•永久連接•Report

Dennis McCune 11年之前 0
Would love to see it. Go for it!
回覆 ↓•永久連接•Report

Tommy Hudson 11年之前 0
Prior to it's closing, we flew into Meigs Field on frequent occasion to attend trade shows at McCormick Place. We decline Chicago trade show invitations. Just too inconvenient to attend. In fact, I have not been to Chicago since Meigs closed and do not plan to return. All trade show organizations should avoid Chicago!
回覆 ↓•永久連接•Report

Thomas Moore 11年之前 0
That mayor was a dick-head.. what a choad
回覆 ↓•永久連接•Report

John Allison 11年之前 0
Only the coolest airport ever and too trench it middle of night. Oh only in Chicago
Bring back Meigs !!!!
回覆 ↓•永久連接•Report 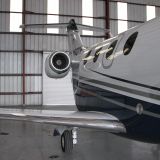 rockportflyer 11年之前 0
I landed a C310 there a couple weeks before the midnight mafia crime was committed. Even if they re-open it,unless they change the mindset and FBO I would never return anyway. Signature could care less if you were there or not. Also the terminal had so much potential but was left to fall apart since obviously no one cared. Sure, open it, but do it right!
回覆 ↓•永久連接•Report 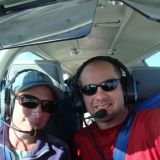 militello 11年之前 0
What a jerk! Good riddance Daley. The city is much better without you. Out of staters and outstaters would fly in and enjoy the city and downtown, watch Da Bears or their team playing them without having the congestion, traffic high gas taxes and toll ways. Let me how I can help AOPA!
回覆 ↓•永久連接•Report

LANCE MORAN 11年之前 0
Let's all make a financial contribution to AOPA to get the job done! No matter how big or small, it will take cash. I'm in.... are you?
回覆 ↓•永久連接•Report

Its placement is very much like Meigs- right at the citys downtown core, in Lake Ontario. It has been there since forever and has done much for business/corperate travellers. But is has also been very suceccful for personal travelers, especaily with the addition of Porter Air- who have been very competative and successful.

But it has always had its complaining whinners who want it closed. Mostly it comes from Residence who live on the nearby islands- They live there very cheaply, on taxpayer subsidized land leases. Politacians have varried from wanting to close it down, to building a tunnel / bridge to it. ( A very short fairyride is required to get to there).

STAL and small A/C (737?) are allowed to op there, and I could not imagine the negative effect it would have for Downtown vitality if it were lost. It is becoming a great conveinent replacment for Toronto International and it makes the city come alive, with the Dash 9's etc coming and going. Restricted op times, flight paths and noise requirments keeps most people happy.
回覆 ↓•永久連接•Report

Joe White 11年之前 0
I Think you have mis-read "Take a look at CYTZ Toronto Island" or misunderstood my post, solamich. Airport I am discribing the Toronto Island Airport,not Meigs. I am only making a comparison to the similarities in convience and fun of location, i.e function and service for Downtown area. The discription of Toronto Island Airport was for interest only and to show how, even the incovience of being on island, is outweighed by what such and airport can offer a large city...but thanks for commmenting. ( ps: 737 can techniaclly land, but against agreement there..only turbo prop allowed at CYTZ)
回覆 ↓•永久連接•Report

solamich 11年之前 0
My mistake, for some reason only the last two paragraphs showed up when I read it.
回覆 ↓•永久連接•Report

bryan blazyk 11年之前 0
I grew up in this city and miegs feild is the best thing for this city and the world in this economy. For me as a pilot and my parents who fly for over 25 years.
回覆 ↓•永久連接•Report

Thomas Moore 11年之前 0
Start with the Mayor.. castrate him... all his employees and all that partook in that event, shove foreign materials such as China made basketballs up their @$$es.. JMO Just another good example of HOW STUPID AMERICANS ARE.. esp those that are " Mightier Than Thou ".. If the USA had balls.. we would do something like that.. Grow a pair ppl
回覆 ↓•永久連接•Report