提交時間：5年之前
The company said the aircraft will be aimed at both the mature global training market and the developing market in China and Asia. The M10T is a fixed-gear design powered by Continental's CD-135 diesel and is meant to provide what Mooney calls a seamless step up to Mooney's traditional fast and efficient cruisers, the M20 line. The M10J, reminiscent of the popular M20J 201, will be a retractable powered by the Continental CD-155 diesel. Mooney says the airplane would have a cruise… (www.avweb.com) 更多...

WALLACE24 5年之前 5
Kinda looks like a Mooney and a Cirrus had a roll in the hay.
回覆 ↓•永久連接•Report

rfsahae 5年之前 1
If only it was that easy to make a new airplane. :)
回覆 ↓•永久連接•Parent•Report

rfsahae 5年之前 1
If only it was that easy to produce a new airplane. :)
回覆 ↓•永久連接•Parent•Report

Larry Stokes 5年之前 5
Made in China just does not sit well with me on a Mooney...China is taking over everything it seems...and its our fault.
回覆 ↓•永久連接•Report 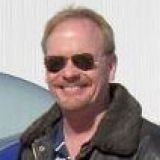 msvmaier 5年之前 2
If you want to swallow really hard over what Mooney is doing in China, check this link out. Absolutely nothing they are doing in China is rational. They are already on the path to bankruptcy.... again. I own one of the fast Mooneys and it just blows my mind.

Ron Nash 5年之前 1
Well, I guess if they're aiming at billionaires exclusively, to purchase new Mooneys, they're going to sell more than a few!
Besides, becoming a billionaire today is as easy as A-B-C. Millionaires are just so passe, they're everywhere in todays world! [;-)
回覆 ↓•永久連接•Parent•Report

Ken Hardy 5年之前 2
I would be leery of anything aviation built in China, to bad Mooney US went under
回覆 ↓•永久連接•Report

El Thirtynine 5年之前 2
When I owned a Mooney, I had a chance to visit the Kerrville plant. There were some very high skilled people working there. I hope this bodes well for continued manufacture of metal airplanes and handing down of that expertise.
回覆 ↓•永久連接•Report

chalet 5年之前 1
Oh, I forgot about the diesel engine; the damn thing (complete aircraft) is going to sell for at least 500,000 unless the Chinese owhers decide to subsidize it by a couple of hundred grand and still it will be a hard sell.
回覆 ↓•永久連接•Report

Chris B 5年之前 1
Lots of talk about introducing diesel GA, but afaik, no production by Cessna/Piper/Cirrus. Hurry up folks it will be the salvation of GA production lines everywhere.
回覆 ↓•永久連接•Report

matt jensen 5年之前 1
Didn't I read this a couple of months ago here?
回覆 ↓•永久連接•Report

Ian Hatch 5年之前 1
I vaguely remember the strange noise of diesel Dorniers flying over the south of England in the 1940s. It seemed impossible to synch the engines so they were particularly annoying - apart from wanting to attack people!
回覆 ↓•永久連接•Report

Jeff Lawson 5年之前 1
JetA fuel would work in it too.
回覆 ↓•永久連接•Parent•Report

chalet 5年之前 0
I did not like the empennage, besides it dates back to the '40s. Some things never change.
回覆 ↓•永久連接•Report

Ron Nash 5年之前 3
Change is only needed when you have a design that has been superseded by technology, materials, or research showing that the design has limitations or flaws.
Vast amounts of 1940's aeronautical design features have been proven to be ideal and don't need to be changed.
They were produced at a time of some of the greatest amount of dedicated aeronautical research, with more funding than has ever been applied since - all driven by War and the need for superior aeronautical designs.
The only thing that has really changed since the 1940's is computerisation making calculations much faster. All the same calculations we can do today, were done in the 1940's, it was just done longhand on paper, using some very sharp brains of a lot of smart people. The laws of physics and aerodynamics have never changed.
One of the things to avoid, that creates additional cost, is change ordered purely because of aesthetics - and not because there are proven engineering principles, or new technology, in the new design, that make it superior.
GM wasted billions on many good prototypes in the 1960's and 1970's and 1980's, purely because the GM design dept ruled supreme and would not let any idea past them, unless they could "style" it to suit what they believed was a superior look that encouraged sales.
After you examine some of the GM styling aberrations that they produced - in the 1970's in particular - it kind of makes you wonder what they were smoking.
In many corporations, there is always a war on between engineers, stylists, and the marketing people. Each wants to be dominant. It is far better for these 3 depts to work together, rather than compete.
回覆 ↓•永久連接•Parent•Report