提交時間：8年之前
The Douglas DC-3, the plane that revolutionized air travel in the 1930s and which went out of production in 1942, is still taking flight over the dense jungles of southern Colombia, delivering passengers, food and medical supplies to remote villages in the region. The ruggedness of the plane is the main reason that they are prized in Colombia’s southern reaches. There are few roads in the region, and, in the dry season, rivers are often un-navigable, so the plane is the only practical way in and… (latino.foxnews.com) 更多...

Ric Wernicke 8年之前 9
I flew in a wonderfully preserved DC3 in 1984 from Nairobi to Keekorok.

I remember scrambling aboard, literally walking UP the aisle and taking my seat. There was some graffiti in tiny letters in front of me. It said "You are now sitting at a 45 degree angle." Must have been British humor.

canuck44 8年之前 1
Notice this has been re-engined with turboprops replacing the radials. First time I saw this aircraft at NBO, it took a moment to understand what had been done...definitely a different look for an old aircraft...and of course an entirely new sound.
回覆 ↓•永久連接•上層•Report

CaptainFreedom 8年之前 2
These are done by Basler Aviation out of Oshkosh. They were featured on a Season 3 episode of The Aviators:

chalet 7年之前 2
Sorry to disagree; if the good Lord had meant the DC-3 to be a turboprop job that is how Douglas would have made them. The roar of the Pratts 1830-92s at full bore is simply celestial music. The PT-6´s sound can not match it. Sorry.
回覆 ↓•永久連接•上層•Report

MS1361 7年之前 1
This particular airplane was converted by the South African Air Force. It is similar to the Basler conversion but not identical.
回覆 ↓•永久連接•上層•Report

canuck44 8年之前 8
These remain highly useful aircraft. Here in Lee County, Florida they control the mosquito population and its offspring of various stains of encephalitis. They were used to control the Medfly outbreak and often respond to outbreaks in other counties. The Mosquito Control District maintains and flies six (including a C117, Super DC3). They often can be seen flying in formation with insecticide/diesel aerosol trailing just above the tree tops.

We refer to them as the Lee County Airforce (along with their 17 rotary wing aircraft). Without them, this place would be less than livable. 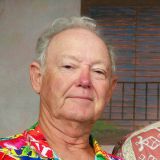 AABABY 7年之前 2
Yeah, doing hammerhead turns at the end of each pass on smaller areas. Saw that when we lived in the Tampa area. Gives a good set of goosebumps to watch.
My first air travel was on Eastern Airlines in a DC-3 cross country sky train at the ripe old age of 6 weeks in 1939. Probably why I still am highly interested in aviation to this day.
At age 12 I was given the controls of an Air Force DC-4 while on a hop from Fairfield, Ca to Oakland, Ca. (FOR ABOUT TWO MINUTES) What a thrill that was!
My Dad was the military co-ordinator for the civilian air carriers involved in the Korean Air Lift. Worked at Travis AFB.We were there when General Travis crashed his FULLY ARMED B-29 and was killed. Huge explosion and damage nearby.
Dad retired shortly after that and the airlines involved gave him a gold plated cigarette case with all the airlines names engraved on the back. Trans-Ocean, Flying Tigers, Pan Am, Eastern, and several more. I can't recall.
回覆 ↓•永久連接•上層•Report

AABABY 7年之前 2
I also recall that on the trip to Oakland, our DC-4 was directed to taxi to it's parking spot, that involved a very close passage past a B-36 bomber. (Comparison would be similar to DC-9 to 747 scale wise.) We actually passed partly under the B-36 wingtip. From the DC-4 flight deck, we had to look sharply upward to view the other ship. VERY interesting.
回覆 ↓•永久連接•上層•Report

MimosaDrive 8年之前 6
Two DC-3's fly over my house several times a day in and out of Opa Locka, doing cargo runs in the Bahamas. I love their distinct sound. http://www.tmfaircraft.com/index.html
回覆 ↓•永久連接•Report 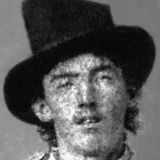 Dave Wood 8年之前 5
I remember watching Southern Airlines land DC-3's in Albany, GA when I live across the road from the airport in the late 50's / early 60's. I wish I had one, and I wish I could afford one, and I wish...
回覆 ↓•永久連接•Report 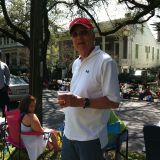 SWEATINTHSWAMP 8年之前 5
I remember bouncing around in these wonderful machines with Mid-Continent Airlines and Trans Texas and a couple I've probably forgotten. Ozark I think.
回覆 ↓•永久連接•Report

SWEATINTHSWAMP 8年之前 3
I did since you reminded me :). I hate to think what 80 will do to this mind lol. That was in my Tulsa days.
回覆 ↓•永久連接•上層•Report

preacher1 7年之前 2
I remember as a young kid in FSM in the mid 50's, Dad taking me out to the airport, which wasn't much in them days. He knew the night watch man and he took us inside a Central DC3 that was parked there for the night. Lifelong memory for a 5 year old.
回覆 ↓•永久連接•上層•Report

Mark Kimble 7年之前 2
With out a doubt one of most diverisified, durable and attractive airplanes ever built. Maybe someday they will slap some 737 engines on them.
回覆 ↓•永久連接•Report

preacher1 7年之前 1
I can't remember on it and the other big tail draggers; is that tail wheel steerable like a nose wheel nowadays or strictly rudder controlled
回覆 ↓•永久連接•上層•Report

Mark Kimble 7年之前 1
I don't know for a fact. I do know it has a tail wheel lock for take-off. I'm guessing, strictly guessing it swivels with the rudder/brake control.
回覆 ↓•永久連接•上層•Report

preacher1 7年之前 1
That's what I was trying to remember. I got my ME on a Lockheed-Howard (B-23 triple tail, tail dragger)and couldn't remember what it did, but that was back in 68 and I was barely 18. I have slept since then and most of those old birds are gone or museum pieces. They were the rides back in the day. LOL
回覆 ↓•永久連接•上層•Report

chalet 7年之前 1
The B-23 was not manufactured by Lockheed nor was a 3-tail plane, it was a sigle tail light bomber by Douglas that enjoyed limited success. The Lockeed plane that you are talking about could have been a Howard-modified Lodestar, 2 tails, the small ones had 2 Wright R-1820s radials and the larger Mod. 700 had 2 x P&W R-2800s, one or two still flying like a rocket cruise speed 300 mph.
回覆 ↓•永久連接•上層•Report

preacher1 7年之前 1
Must have been that bigger one. I remember the R2800's, and them burning about 100gph. I didn't think any of them were still around. I was a thinkin' it had 3 though. Me and another guy got in a discussion about it last year, seem like. I remember it being a morphedyte in that it was certified for single pilot, but was a whole lot nicer if 2 were there. I think it was the only one in that whole line that was cert for 1 man. BUT, as I said, I have slept since then. LOL
回覆 ↓•永久連接•上層•Report

preacher1 7年之前 1
Don't really care for the recips after all these years but that sure looks familiar. Seems like ours had the loading door about where those 2 rear windows are. It had seating for 14 and 3 on the flight deck. Lot's of memories. tks
回覆 ↓•永久連接•上層•Report

H. Douglas Brown 7年之前 1
Not steerable. "Tailwheel locked" is critical item on take-off checklist. I photographed on at SUS take a cross country jaunt on the ground because tailwheel not locked. Busted the left main gear.
回覆 ↓•永久連接•上層•Report

AABABY 7年之前 1
Yes, that would be a sight to see. Probably work, too.
Captain Marty McFly as pilot?
回覆 ↓•永久連接•上層•Report

CaptainFreedom 8年之前 2
One of Buffalo Joe's rampie slave recruits flew as Joe's co-pilot on 'The Sched" between Hay River and Yellowknife. He subsequently got a job at Cathay Pacific. Not too many young pilots these days can say that they've been checked out on a DC-3.
回覆 ↓•永久連接•Report

combatcougar 7年之前 2
Flew many intelligence missions in EC-47s out of Danang Air Base during the Vietnam war.
A perfect platform for our purposes.
回覆 ↓•永久連接•Report

preacher1 7年之前 2
I was in/out of DaNang on a tanker in 71. Probably saw some of those birds on the ramp there.
回覆 ↓•永久連接•上層•Report 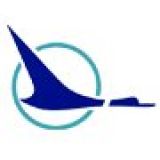 twhiteca 7年之前 1
Hey, if you don't want to watch the football games and you need a fix of DC-3, C-46 and DC-4 freighter ops, (OK there's an Electra in there as well) you should watch the streamed episodes of Ice Pilots http://www.icepilots.com/episodes.php
回覆 ↓•永久連接•Report

Cord Peterson 8年之前 1
Reading this I thought about submitting another squawk but because it is directly related I figured a comment would do. This video below is not mine. I came across it about 2 years ago. I thought it was a pretty cool video then and it on the shorter side and well made figured I should share.

Marc Anderson 7年之前 1
I was fortunate to fly same doug for over 20 years, Recips for 8 and Basler conversion for rest.Believe I flew last working mission of recip powered 3 in service to our Government. Article published in Smokejumper Magazine Jan 2013. A truly remarkable aircraft!!!!
回覆 ↓•永久連接•Report

Pileits 7年之前 1
North Central DC-3 with Herman the Duck on the tail still brings smiles to my face.
回覆 ↓•永久連接•Report

jimbobl 7年之前 1
Back in the day, (71,72 maybe) Florida Airlines flew a couple of DC-3 around the state in and out of Tampa, along with a few Beech 18's...Great sound on both of them and fun to watch.
回覆 ↓•永久連接•Report

AABABY 7年之前 1
I thought that was Provincetown Boston Airways. They had several DC 3's
回覆 ↓•永久連接•上層•Report