Manufacturer: DOUGLAS
Markings: 901st Military Airlift Group, Laurence G. Hanscom AFB, 1972
Designation: C-124C
Serial Number: 52-1004
DOUGLAS C-124C GLOBEMASTER II
Development of the C-124 began in 1947. Based on the short-lived C-74 the Globemaster II was intended to give the Air Force a long-range heavy-lift capability. The largest aircraft on use by the U.S. Air Force at the time, the C-124 could carry over 200 passengers or large cargos that would not fit in any other aircraft. The Globemaster II entered service in 1950 and they remained in use well into the 1970s. The C-124C version introduced more powerful engines, weather radar and better de-iceing equipment. These changes were later refitted to earlier aircraft. A total of 447 Globemaster IIs were built.
Report

Larry Toler大約一年之前
I tourrd one when 13 yeats old at Scott AFB during an airshow. Little that I would know I would be MAC after I enlisted in the USAF.
Report 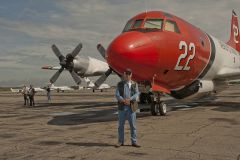 cboginsk大約一年之前
I remember these ungainly things flying into Keflavik, Iceland. Those front cargo doors opened and an impossibly steep ramp appeared. One day one arrived and a Dodge motor home drove down onto the tarmac. The motor home was actually a mobile electronic test unit we were going to use. Thinking back, that nose was pretty comical looking. Nice example also at the Air Force museum in Dayton.
Report

Alan Hume大約一年之前
Looks like something out of a Pixar movie! :)
Report

sardu大約一年之前
Forerunner of the C5.
Report

Rich Pelkowski大約一年之前
As an Air Traffic Controller we "worked" many of the C-124s based at Hill Air Force Base, Utah (1966 -1968) The base was home to at least two (2) regular Air Force C-124 squadrons and another either Reserve or National Guard squadron. If you had more than one (1) aircraft operation "old Shaky" presented quite the challenge, as the aircraft commonly sat on the runway in take off position for 2 or three minutes prior to actual take off (we always suspected the flight crew were praying their beads). At the time Hill was a fairly busy base, not only with locally based aircraft but with a good deal of itinerant traffic. Even Though it could be challenging (consider a steady stream of itinerant arrivals/departures and 2 or 3 C-124 in the pattern) Hill AFB was a great assignment.
Report

Duncan Mulholland大約一年之前
When a C124 crashed on take off from Tachikawa AFB,Japan it was the largest loss of life in an airplane accident up until that time.
Report

SorenTwin大約一年之前
@Duncan Mulholland - No, a crash in Germany in 1941 was the largest, a long time before the Japanese crash. it also claimed 129 lives. It was an Me-321 and three tow planes, all lost together.
Report

Larry Horton大約一年之前
Saw one fly in to Harlingen Airport for static display at CAF. Due to heavy cross wind it had to land on a shorter runway than the main. Pilot made several approaches and aborts before he set it down on the threshold and stood on the brakes. Think he may have needed to change pants but not sure.
Report

jesse kyzer大約一年之前
THANK YOU! to everyone who helps keep these Ol birds flying
Report

jrkilgore大約一年之前
Part of "Advance Team" for a TDY at Allbrook from Turner in 1960 taking "mission kits". Huge cargo capacity, must have taken the entire runway for liftoff.
Report

JAMES GLENN大約一年之前
That is a whopper.
Report

David Restrick大約一年之前
I had a teacher in high school who flew these out of Hanscom AFB with the Air National Guard back in the early '70s. It could have been this one!
Report 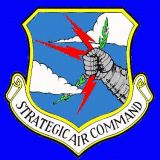 Neil Klapthor大約一年之前
This is one of many aircraft my father flew while in the Air Force. As I remember him talking about it, the "Ol' Shakey" moniker came from a tremendous vibration that occurred when set in climb power. Said it was pretty alarming when you first encountered it but you got used to it.
Report

Michael Winblad大約一年之前
While in flight you could crawl through a tunnel that linked the engines with the fuselage and change a hydraulic pump or other components when the engine was caged. Scary job but possible.
Report

Greg ByingtonPhoto Uploader大約一年之前
Thanks for all the extra info, everyone!
Report